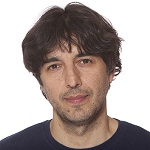 Professor Valter Longo is internationally recognized as a leader in the field of aging studies and related diseases. His discoveries include some of the major genetic pathways that regulate aging and life-threatening diseases and the identification of a genetic mutation that protects men from several common diseases.

He is a Professor of Gerontology and Biological Science and Director of the Longevity Institution at the School of Gerontology at the University of Southern California in Los Angeles, one of the leading centers devoted to teaching and research on aging. He is also director of the Oncology Laboratory and longevity at the Institute of Molecular Oncology IFOM in Milan.

Professor Longo received the Nathan Shock Lecture Award from the National Institute on Ageing (NIA/NIH) in 2010 and in 2013 the Vincent Cristofalo ‘Rising Star’ Award for Research on Aging, and the 2016 Glenn Award for research in the Biology of Aging.

In 2015, after a number of his papers were among the most widely cited in the biomedical field, Time magazine called him a ‘guru of longevity’.

Doctor Longo received a PhD from North Texas in 1992, and another one from UCLA in 1997 and completed post doctoral training in 2000. He has carried out research in the areas of fasting and longevity, cell biology and genetics, the regulation of aging and multiple  stress resistance systems in yeast and mammals, cancer, diabetes and Alzheimer’s.  He has over 70 peer reviewed articles, 4 books/chapters, multiple research grants, active grant reviewer, and student research advisor. He is author of the best seller The Longevity Diet: Discover the New Science Behind Stem Cell Activation and Regeneration to Slow Aging, Fight Disease, and Optimize Weight