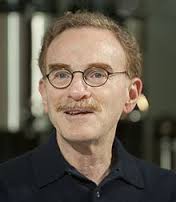 James Edward Rothman (born November 3, 1950) is the Fergus F. Wallace Professor of Biomedical Sciences at Yale University, the Chairman of the Department of Cell Biology at Yale School of Medicine, and the Director of the Nanobiology Institute at the Yale West Campus. Rothman is also concurrently serving as adjunct professor of physiology and cellular biophysics at Columbia University. and a research professor at the Institute of Neurology, University College, London. Rothman was awarded the 2013 Nobel Prize in Physiology or Medicine, for his work on vesicle trafficking (shared with Randy Schekman and Thomas C. Südhof). He has also received many other honors, including the King Faisal International Prize in 1996, the Louisa Gross Horwitz Prize from Columbia University and the Albert Lasker Award for Basic Medical Research both in 2002.

Professor James Rothman, the Wallace Professor of the Biomedical Sciences at Yale University, is one of the world's most distinguished biochemists and cell biologists. He is Chairman of the Yale School of Medicine’s Department of Cell Biology and is the Director and founder of the Nanobiology Institute on Yale’s new West Campus. Rothman graduated from Yale College (1971) where he studied physics. He received his Ph.D. degree in biological chemistry from Harvard (1976) and was a student at Harvard Medical School from 1971 to 1973. From 1976 to 1978, he completed a fellowship in the Department of Biology at the Massachusetts Institute of Technology. From 1978 to 1988, he was a professor in the Department of Biochemistry at Stanford University. Dr. Rothman was the E.R. Squibb Professor of Molecular Biology at Princeton University (1988-1991). He founded and chaired the Department of Cellular Biochemistry and Biophysics at Memorial Sloan-Kettering Cancer Center (1991-2004), where he held the Paul A. Marks Chair and served as Vice-Chairman of Sloan-Kettering. Prior to coming to Yale in 2008, Dr. Rothman was the Wu Professor of Chemical Biology in the Department of Physiology and Cellular Biophysics, and Director of Columbia University’s Sulzberger Genome Center.

Professor Rothman discovered key molecular machinery responsible for transfer of materials among compartments within cells, providing the conceptual framework for understanding such diverse and important processes as the release of insulin into the blood, communication between nerve cells in the brain, and the entry of viruses to infect cells. Numerous kinds of tiny membrane-enveloped vesicles ferry packets of enclosed cargo. Each type of vesicle must deliver its specialized cargo to the correct destination among the maze of distinct compartments that populate the cytoplasm of a complex animal cell. The delivery process, termed membrane fusion, is fundamental for physiology and medicine, as pathology in this process can cause metabolic, neuropsychiatric and other diseases. Rothman reconstituted vesicle budding and fusion in a cell-free system (1984) and discovered the complex of SNARE proteins (1993) which mediates membrane fusion and affords it specificity. He also uncovered the GTPase-switch mechanism which controls coated vesicle budding in the cell (1991).

Rothman has also contributed to other fields. Together with Gero Miesenbock, he showed how patterns of synaptic activity in neural networks could be recorded optically using encoded synapto-pHlourins (1998). He discovered that hsp70’s are ATPases (1986) and peptide binding proteins (1989), thereby revealing how these molecular chaperones cycle on and off proteins to control their folding/unfolding. On theoretical grounds, he proposed (1981) that the role of the Golgi is to iteratively purify proteins, using its cisternae like plates in a distillation tower, an idea now implicit in all models of Golgi dynamics; and he provided the first evidence of sequential processing and vectorial transport across the stack (1981-1985). Rothman’s current research concerns the biophysics of membrane fusion and its regulation in exocytosis; the dynamics of the Golgi apparatus at super-resolution; and the use of bio-inspired design in nanotechnology.

Dr. Rothman has received numerous awards and honors in recognition of his work on vesicle trafficking and membrane fusion, including the King Faisal International Prize for Science (1996), the Gairdner Foundation International Award (1996), the Lounsbery Award of the National Academy of Sciences (1997), the Heineken Foundation Prize of the Netherlands Academy of Sciences (2000), the Louisa Gross Horwitz prize of Columbia University (2002), the Lasker Basic Science Award (2002), the Kavli Prize in Neuroscience (2010), the Massry Prize (2010) and the EB. Wilson Medal (2010). He is a member of the National Academy of Sciences (1993) and its Institute of Medicine (1995), and a Fellow of the American Academy of Arts and Sciences (1994).