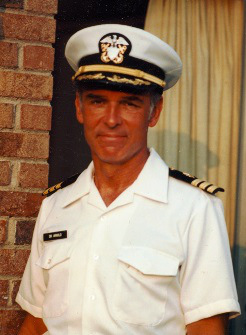 Regarding the Assassination of

Capt. Robert E. Arnold, M.D., USNRR is a retired Naval Officer who was an Instructor in Advanced Trauma Life Support for the Department of defense. He was also a member of Fleet Surgical Team Four, and has had several deployments ranging from the Arctic Circle to the Indian Ocean. While a civilian, Captain Arnold practiced General Surgery and was the Assistant Coroner for Jefferson County for five years. He has utilized these experiences and the actual witness statements in the National Archives instead of the frequently used newspaper accounts of the day to reconstruct the events concerning the assassination of President Lincoln and the escape of John Wilkes Booth. This account is significantly different than previously published accounts. Capt. Arnold is now retired and resides in Louisville, Ky. with Betty, his wife of 60 years.

A new examination of the facts surrounding the violent death of President Abraham Lincoln gathered by a retired naval officer and surgeon/coroner raises many valid questions about the generally accepted story of that assassination and its aftermath. The idea for this book arose twenty years ago, after author Capt. Robert E. Arnold, M.D. read an article about the identity and autopsy of John Wilkes Booth. The evidence presented in that article seemed at odds with what the doctor was able to determine from the photographs and written accounts.

Arnold is clear from the outset: Booth and only Booth actually killed President Lincoln, by a pistol shot, in a public theater. He describes Booth as an egotistical actor with Southern sentiments who considered Lincoln a wrong-sighted politician; Booth wanted to kidnap the President while the war was still raging, but decided on assassination when it was clear the South had lost. But Arnold, like many other theorists, is sure that Booth did not act alone. The author names very likely conspirators highly placed in the Union army and government, the main one being Edwin Stanton. According to Arnold, Stanton, who was serving as assistant to Lincoln’s Secretary of War, was a very radical Republican who had made himself one of the most powerful men in Washington through his connections to the military. Stanton and others like him felt strongly that the South should be punished after the war, and feared that Lincoln and his like-minded colleague Seward would institute policies of reconciliation, policies that threatened the radical Republican power base.

Throughout Arnold’s book are photographs of the written archives he was able to access. He makes many good points that definitely suggest an assassination conspiracy rather than a lone perpetrator. He also questions the death of Booth, believing it to have been staged; one piece of evidence he offers in support of this idea is that Booth’s body was taken to the US Montauk, where by remarkable coincidence, there were a number of people on board who could absolutely swear that the body was that of Booth. Also, a photograph of the corpse was ordered but never presented, and Booth’s diary, entrusted to Stanton, was later produced—with 18 pages missing. There are several extant theories about Booth’s survival, yet surprisingly, the US government has never approved DNA testing that could establish the identity of Booth’s purported remains.

The outstanding element of Arnold’s narrative is that it begins with action, and never deviates from action. The theoretical pieces are peripheral to the intense drama of these remarkable events—the cold-blooded murder of a much admired American, the pursuit and subsequent hanging of the presumed perpetrators, including one woman, all taking place during the somber days of mourning the slain president and the inevitable chaos within a government left without its leader. Mysterious notes, conflicting eye-witness accounts, assignations, denials, and record keeping often in handwriting only...all serve to heighten the drama, as depicted by Arnold.

Though there is no doubt who fired the fatal shot, Arnold invites interested or concerned readers to think seriously about the many possible, conflicting facets that touch upon this historic tragedy. This is truly a great read and a vast historical account of Lincoln's assassination. The amount of research required to write this book was tremendous.

Purchase The Conspiracy Between The Union Army And John Wilkes Booth To Assassinate Abraham Lincoln: Find out the amazing truth by Robert E. Arnold at barnesandnoble and amazon 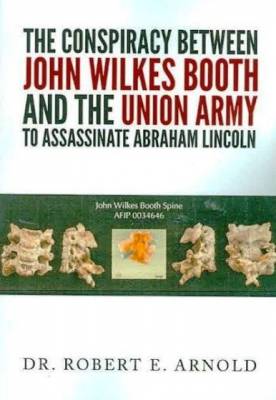