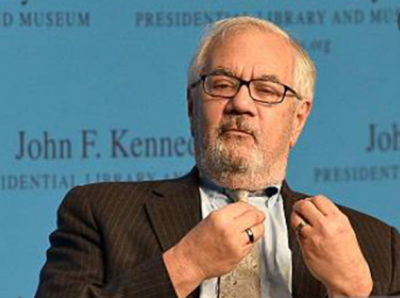 Barnett "Barney" Frank served as a member of the U.S. House of Representatives from the 4th district of Massachusetts for 16 terms (1981-2013). A Democrat, Frank served as chairman of the House Financial Services Committee (2007-2011) and was a leading co-sponsor of the 2010 Dodd–Frank Act. Frank, a resident of Newton, Massachusetts, was considered the most prominent gay politician in the United States during his time in Congress.

Born and raised in Bayonne, New Jersey, Frank graduated from Bayonne High School, Harvard College and Harvard Law School. He worked as a political aide before winning election to the Massachusetts House of Representatives in 1972. He was elected to the U.S. House of Representatives in 1980 with 52% of the vote. He was re-elected every term thereafter by wide margins. In 1987, he publicly came out as gay, becoming the first member of Congress to do so voluntarily.

From 2003 until his retirement, Frank was the leading Democrat on the House Financial Services Committee, and he served as committee chairman when his party held a House majority (2007-2011). In July 2012, he married his long-time partner, James Ready, becoming the first member of Congress to marry someone of the same sex while in office. Frank did not seek re-election in 2012 and was succeeded by fellow Democrat Joe Kennedy III.

Frank's autobiography, A Life in Politics from the Great Society to Same-Sex Marriage, was published in 2015. 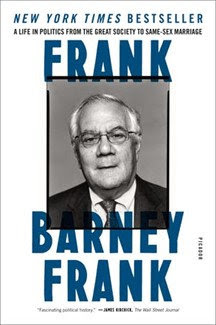