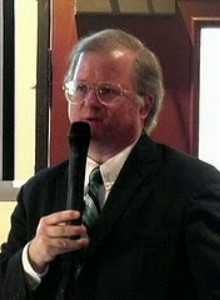 The discoverer of life on Mars, Andrew D. Basiago, 47, is an American trial lawyer, writer, and environmental scholar. He was born on September 18, 1961 in Morristown, New Jersey, the youngest of five children, and grew up in New Jersey and California. Andy was one of the "whiz kids" who served from 1969 to 1972 in DARPA’s time-space exploration program, Project Pegasus.

A past member of Mensa, the high IQ society, he holds five degrees, including a BA in History from UCLA and a Master of Philosophy from the University of Cambridge. While an undergraduate at UCLA, Andy became a journalist and a protégé of editor Norman Cousins of the Saturday Review, who once compared him to Robert Hutchins and nominated him to be the Editor of the Bulletin of the Atomic Scientists. He was inspired by a meeting with architect Buckminster Fuller in 1981 to pursue a career in environmental policy. After their meeting, Fuller wrote: "Andrew Basiago’s integrity augurs well for humanity’s continuance in (the) Universe."

Andy began his career writing articles about the urban environment for Los Angeles newspapers, national periodicals, and the Cousteau Society magazine Calypso Log. He studied environmental law at Northwestern School of Law of Lewis & Clark College in Portland, Oregon, and then went on to design nature-friendly urban plans for cities in California and study environmental law and policy with Professor Malcolm Grant at Cambridge. His papers about the theory and practice of urban sustainability have been published in international, peer-reviewed journals in Australia, Britain, and the United States, cited widely, and placed in the environmental policy collections of major university libraries.

Andy was admitted to the Washington State Bar Association in 1996. A lawyer in private practice, he represents and collaborates with writers and filmmakers in the development of books, TV shows, and feature films with planetary and interplanetary themes. Recently, he edited several major works related to humanity’s contact with extraterrestrial life. He was the editor of Alfred Lambremont Webre’s book, Exopolitics: Politics, Government and Law in the Universe (Universe Books, 2005), which uses as a case study human contact with an advanced civilization on Mars. He also edited The Fátima Trilogy by Joaquim Fernandes, Fina d’Armada, and other scholars (Anomalist Books, 2007), a definitive history of the Fátima Incident of 1917 that explores its extraterrestrial aspects.

Andy founded the Mars Anomaly Research Society (MARS) in 2008 after discovering abundant evidence of life in a photograph of the Red Planet beamed back to Earth by NASA’s Mars Exploration Rover Spirit. His discovery of life on Mars might be an epochal event in human history. His crusade to evaluate and prove his findings and bring them to public light has been called "heroic." About his discovery, Andy stated: "NASA-JPL photograph PIA10214 is going to spark a second Copernican revolution on our planet, and it was my cosmic privilege to discover that it contained evidence of life on Mars. Society will be transformed – I think, for the better – by the revelation of the fact that we are not alone in the Universe, indeed, that we are not even alone in our own solar system."