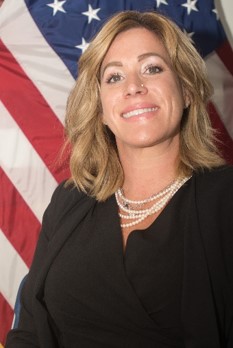 Ms. Amy Braley Franck began her career as a Department of the Army Civilian in July of 2013 as a Victim Advocate and has held the position of Sexual Assault Response Coordinator and Sexual Assault Program Manager for a 2- and 3-star Army Service Component Commands. Ms. Braley Franck has been identified on two separate occasions as a Whistleblower for her actions to protect her clients, as a catalyst for change. Ms. Braley Franck holds a Bachelor of Science Degree in Psychology and Business from the University of Maryland. Ms. Braley Franck is credentialed through NOVA D-SCAAP as Level IV Military Advocate. She is a certified Child Abuse Investigator and Nationally certified Forensic Interviewer, conducting interviews for local law enforcement, Army CID, FBI and Homeland Security and has been tendered an expert witness in Child Molestation and Abuse hearings.

Ms. Braley Franck is certified to instruct law enforcement on the response and investigation of crimes against children to include child molestation and sex trafficking. She has successfully completed the Georgia Bureau of Investigation's Advanced Sexual Assault Investigation course.

Ms. Braley Franck has investigated allegations of sexual abuse for the State of Georgia. Designated as a Special ' attached to the Governor's Drug Task Force and high-profile investigations implicating public figures and organized crime. She served on the accreditation board of The Governor's Office of Georgia for Child Advocacy Centers, to ensure program standards and compliance.

Ms. Braley Franck pioneered and managed the first Tele-Medicine Model Child Advocacy center in Columbus, Georgia through a partnership created with Children's Healthcare of Atlanta. She previously worked with the Child Abuse Specialists at Children's Healthcare of Atlanta providing professional development instruction to medical providers on recognizing and responding to child abuse and maltreatment.

Ms. Braley Franck has been successful in writing grants for funding programs, developing and managing budgets and supervising reporting requirements. She has also been recognized by GEN Ray Odierno serving on his Sexual Assault Advisory Board and GEN Mark Milley in her Strategic Plan addressing Sexual Assault and Harassment. In 2015, her efforts championed to open the first Sexual Assault Resource Center in Italy under the leadership and support of LTG Darryl Williams.

Ms. Braley-Franck has over 15,000 hours of victim advocacy and has conducted over 3,000 interviews of children/adolescents who have been sexually abused or witnessed violent crimes. She has given lectures at the National Organization of Victim Advocates Conference on providing Advocacy Services.