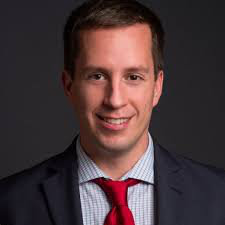 Adam Wunische specializes in foreign affairs and military issues related to Afghanistan and the Middle East. He is a researcher covering Afghanistan and Pakistan with the Quincy Institute for Responsible Statecraft.

Wunische is also a PhD candidate at Boston College and an instructor at the George Washington University teaching classes on international security and military effectiveness.

Adam served in the United States Army and completed two deployments to Afghanistan from 2007 to 2009.

The Quincy Institute for Responsible Statecraft is an action-oriented think tank that will lay the foundation for a new foreign policy centered on diplomatic engagement and military restraint. The current moment presents a once-in-a-generation opportunity to bring together like-minded progressives and conservatives and set US foreign policy on a sensible and humane footing. Our country’s current circumstances demand it.

Moreover, much of the foreign policy community in Washington has succumbed to intellectual lethargy and dysfunction. It suppresses or avoids serious debate and fails to hold policymakers and commentators accountable for disastrous policies. It has forfeited the confidence of the American public. The result is a foreign policy that undermines American interests and tramples on American values while sacrificing the stores of influence that the United States had earned.