Where do you start with an adventure that is book worthy? Perhaps, to tell you that our Star Brothers and Sisters are closer than you know and waiting for you to become more empowered.

This sounds like metaphysical hogwash, but I promise you that it’s the truth.

Reunion with your Cosmic Family...Preparing for Contact! It's time to remember the truth of who we are! 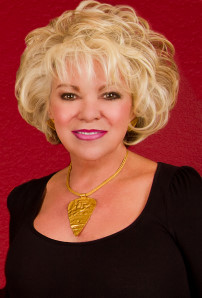 BIO: Where do you start with an adventure that is book worthy? Perhaps, to tell you that our Star Brothers and Sisters are closer than you know and waiting for you to become more empowered. This sounds like metaphysical hogwash, but I promise you that it’s the truth.

My adventure began in Utah in September of 1974 with a very “Close Encounter” at night. I was traveling with my young children in the car and we had the usual engine stop, lights out and radio off in the middle of the highway. I saw a huge light in the distance that was traveling toward us and there was nothing I could do. The ship passed over the car so close I could almost touch it, and they spoke into my brain, “we mean you no harm.” It was a “wink” and a game of “hide and seek” which led me on an incredible journey to find out who they were and what they wanted. I had to know if others had the same experience. My story is not new and will be repeated many times. I was always into spiritual growth and metaphysics; but I became obsessed. That was, of course, exactly what they wanted. I moved on through my life but never forgot and developed a kind of knowing about our star friends that I couldn’t explain.

2004 stepped up the process significantly. I had another visit….this time serious and to the point. The next morning, I received an email about a UFO Conference in Laughlin, Nevada. I saw Dr. John Mack’s photo as the creator of a film that was to be screened at the conference. I felt like Richard Dreyfus in “Close Encounters of the Third Kind.” I was driven to meet this man and to be at the conference. It was like some form of destiny that called me into a future that required my attendance.

At the conference, I met Adrian Dvir, author of Healing ET’s and Aliens. My life as I knew it was over and so began an adventure and journey that brings me to this moment.

During and after the conference I had many visits, extraordinary experiences, and otherworldly occurrences that defy description. I left my life as I knew it in a matter of two months to become a healer with Extraterrestrials and all forms of Beings…known and unknown. I took a giant leap of faith to leave my life as a consultant to Chevron Oil, my home, friends and all that I knew, to undertake something that I didn’t know but for some strange reason felt I totally knew. It was as if I had stepped into a new world…a multidimensional world where the possibilities were endless and I had to be the adventurer.

They promised that everything I needed would be provided if I would just show up and trust. It was a big order. I met Dr. John Mack in San Francisco at a small screening of his film “Touched.” During the Q&A, after the screening, he told the audience “my clients often see me aboard ship while they are being abducted.” It filled in the remaining blank.

During all of this my best friend’s 14 year old daughter was having experiences with the same beings that were interacting with me; and their conversations with her were a continuation of my conversations with them. Dr. Mack was amazed and wanted to talk with her about these phenomena.

Unfortunately, both Dr. Mack and Adrin Dvir died in 2004. I began my work in April of 2004, Adrian died in June 2004 and John Mack died in September of 2004. I have continued contact with them both from the other side of the veil. Their work lives on.

I’ve done more than 8,000 sessions all over the world from April 2004 through January 2011. It continues to be an evolving body of work. The sessions are now done via telephone. The Beings are in higher dimensions and frequencies which allow them to translate into any location to perform necessary physical, emotional and spiritual assistance. Many people experience visitation and some even ships prior to and after their scheduled sessions.

They are now referred to as “The Team” which is a general description for a multitude of extra-terrestrial and multi-dimensional races, the Spiritual and Cosmic Hierarchy, angelic and fairy realms as well as collective consciousness and many other forms of light and love. Their desire is to help us heal the issues of nationality, religion, lineage (human and extraterrestrial), abductions, emotional damage, and to extend life expectancy, reverse the aging process, and to bring an end to disease, illness and psychological damage.

The Team is here to help us become empowered to bring forward our unique skill sets and gifts so that we can imprint the collective consciousness and assist with the ascension in our own special and dynamic way.

We will be witnessing the culmination of all lifetimes on the planet during this significant time as humanity awakens to the truth of who they are and their relationship to the entire Multi-verse and all races and forms of consciousness. We will have full interaction in our lifetimes.

Many of my clients experience seeing me and others from our group aboard ship during their dream time experiences.

I do week-end conferences/Intensive that always include unexpected paranormal phenomena. These conferences are transformative and beautiful for all of us. People that attend the conferences feel united with each other in a way that they have never experienced with other humans. The direct experience of The Team is so beautiful and palpable and personal transformation is exponential.

“WE HAVE COME BECAUSE WE LOVE YOU AND WANT TO HELP YOU ACCELERATE YOUR GROWTH AND CHANGE FOR YOURSELF AND FOR PLANET EARTH. THERE ARE MORE RACES THAN YOU CAN EVEN IMAGINE INVOLVED IN THIS ENDEAVOR WHICH SHOULD TELL YOU HOW IMPORTANT YOU ALL ARE IN THE COSMOS! RACES YOU MAY KNOW INCLUDE PLEIDIAN, SIRIAN, ANDROMEDAN, ALPHA CENTAURIAN, ARCTURIAN, ESSASANIAN AND MORE….MANY MORE!

WE WANT TO CREATE NON-INVASIVE AND NON-THREATENING WAYS TO INTERACT WITH YOU, TO FAMILIARIZE YOU WITH US AND US WITH YOU. OUR DESIRE IS TO CREATE A RELATIONSHIP, A FRIENDSHIP WITH EACH AND EVERY ONE OF YOU. YOU ARE OUR FAMILY AND WE ARE YOURS!

WE DON’T WANT YOUR POWER BUT INSTEAD WANT TO HELP YOU TO ACCEPT AND RECOGNIZE MORE OF YOUR OWN POWER. WE CAN ONLY ASSIST YOU WITH YOUR PERMISSION, INTENT AND CHOICE. THIS IS A CO-CREATIVE PROCESS.

HOW MUCH HEALING, BEAUTY, WONDER AND MAGIC WILL YOU ALLOW? COME, OUR BROTHERS AND SISTERS……IT IS NOT TOO LATE TO SEEK A NEW WORLD.” 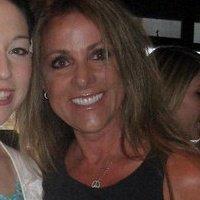 Squirrel Rork, a native of Chicago, IL, I spent most of my formative years in traditional schooling and religious beliefs. After finishing college and nursing school, I felt compelled to journey outside of my family and city confines. I spent many years working in traditional Western medicine and healing modalities, primarily as an operating room nurse for over 20 years. It was my move to the mountains of Colorado that activated my love for the Rocky Mountains and I ultimately landed in the Jackson Hole, WY area where I currently reside.

I ‘met’ Jackie Salvitti via the internet by my growing fascination of how humans were being healed by alien medical teams. This was a method ‘foreign’ to my education and exposure, but I felt drawn to that arena nonetheless where I found myself completely immersed on Adrian Dvir’s website. This is where I met Jackie. I set up an appointment for a healing session with Jackie and the Team with the intention of being entirely healed and transformed in one session. Perhaps my sights were a bit skewed and overzealous, but I remained patient (well, maybe not always patient) as Jackie and the Team worked with me through countless sessions; weeks, months and years of soul retrievals and energetic healings.