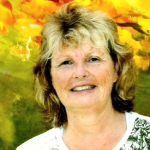 “Animals reveal the voice, man has forgotten to hear.” 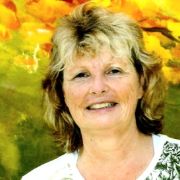 “As Science moves society towards technology, we are disconnected from nature’s invisible forces. These forces maintain a state of wellness, communication and self-awareness. By honoring the intuitive truth and the universal state of balance, I smile inside without concern for the challenges that have been over come and the doors I’ve opened for others to step through.”

A cross species perception illustrates eSO Logic©. She respects the animal’s desire to be made whole and humans desire to help. Physical and non physical interactions develop and maintain states of imbalance. These are expressed as resistant behavior and physical dysfunctions. We forget the mind and soul when labeling the challenged. Consultations, one-on-one teaching and group workshops, shifts standardize perceptions.

Her career as a dream maker has brought smiles to many faces. Now she is realizing her dream! Patricia’s life adventure has defined a new philosophy and perhaps expands the potential to change our understanding of life.

She instinctively knows how to positively influence a horse in work, without the use of artificial means; drugs, shoes, or expensive equipment. Watching her work, defies logic while illustrating a connection using invisible words shared with intelligent self-aware animals, who know exactly were it hurts.

A natural ability to sense, direct and employ invisible influences, “energy”, redefines the whole animal, not just an isolated complaint. With a velvet gesture they surrender their fear, allowing her to transform their pain. In silent trust, human and horse redefine the observer’s understanding of connection. Working in the kill zone, Patricia’s fearless introduces the horse’s body to the concept of comfort.

An avid student of the horse, she noted equestrian studies neglected discussions relating to structural imbalances in both horse and the rider. Balance became the foundation for her life’s quest, leading her to focus on philosophy, religious studies and spiritual writings, Natural and Holistic therapies and trust in her natural powers of observation as an artist.

Educational encounters with alternative scientific research, veterinary science, electrical engineering, government researchers, and various structural and healing arts elevated her appreciation for people known as healers. A trip to Australia’s outback confirmed her energetic abilities needed to be honor. Living in a state of Allow connected her to Universal concepts, shamanic traditions and social challenges.

Emerged after 12 years of research, Patricia shares the experiences of the Balanced Horse Project™ at international conferences and events, including Gracie’s Mission ARF 2012, Love by Intuition/ Deborah Beauvais 2011 The Women’s Horse Industry 2009, 2010, Troy University 2009. She hosted the Balanced Horse Project Radio Show 2011. Her first book will be available early in 2013. Originally from Peterborough Ontario, her organic farm in Dothan Alabama USA is the source of her inspiration.

Florida Alliance for Animal Owner’s Rights- active speaker in the Florida House of Representatives and Senate regarding changes in the statue describing Veterinary Medicine and its practice in the State. Successful changes in the wording to allow Preventative Care providers to be contracted by herd animal owners.

“Life consistently draws me deeper into its mysteries. Whether sitting in a canoe, fishing or relaxing in a foreign culture. Dedicated to understanding animal communication, behavior and the effects of new Sciences on the quality of life, heightens my awareness of universal life and the inner self.”

“Empathic, energetic, observant, curious, determined, creative, stubborn and a believer in myself, are the personal qualities that has produced the Balanced Horse Project™.”