Beyond Reality with Dr Shelley Kaehr 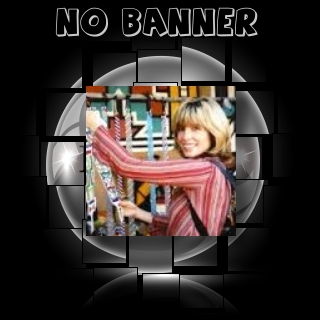 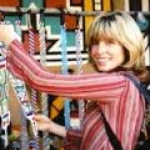 Dr. Shelley Kaehr is currently one of the world’s leading authorities on energy healing and mind-body medicine, author of seven books, and entertaining guest lecturer in a wide variety of venues including New Age and Alternative Healing Expos, Unity and Universal Unitarian Churches, among others.

A former sales trainer, public relations specialist and host of Beyond Reality radio show in Dallas, Texas. Dr. Shelley Kaehr received her Ph.D. in Parapsychic Science from The American Institute of Holistic Theology in 2001 where she serves as an adjunct faculty member. Kaehr and now travels throughout the US and abroad lecturing and conducting thousands of past-life and future memory journeys through hypnosis. Her work has been endorsed by such notables as Dr. Brian Weiss, Gregg Braden and Raymond Moody, M.D.

In her private practice in Dallas, TX, Kaehr specializes in grief recovery, and facilitated grief workshops with Dr. Raymond Moody, near death pioneer and author of Life After Life. 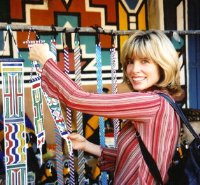 A former sales trainer and public relations specialist, Shelley began her career as a hypnotherapist nearly 8 years ago after the death of a close friend and a long illness brought her to the realization that she needed to be doing more meaningful work.

Since then, Shelley has conducted thousands of hypnosis sessions for people all over the world. Her unique theories about the nature of the mind, body and subtle energy systems are the subjects of her books. She has shown that we store memories holographically in our energetic field and developed a unique way to address clientâ€™s needs through a combination of energetic and guided imagery. Her work was endorsed by famed regression therapist Dr. Brian Weiss and near-death pioneer, Dr. Raymond Moody.

She is probably most known for her childhood love of the gem and mineral kingdom. Having been raised as the daughter of the manager of the Kingman, AZ, turquoise mines, Shelley explores the mineral kingdom in much of her work and shows people how to use these natural gifts as guides and metaphors for daily reality.

A world traveler, Shelley enjoys meeting with people from all walks of life all over the world and brings the message to people that all things are possible with faith and effort.

Lately her work is primarily focusing on assisting people in career transition an endeavor she has been extremely successful in by guiding people into their highest potential future via hypnosis, the same work praised by Weiss and others many years ago.

Shelley holds a Ph.D. in Parapsychic Science from the American Institute of Holistic Theology where she graduated in 2001. Her other educational background includes degrees in English and Broadcasting, and for the past five years she hosted Beyond Reality Radio Program in Dallas, TX, interviewing leaders in the field of consciousness including Doreen Virtue, Gregg Braden, Carolyn Myss, Lee Carroll, and others.

Shelley is a frequent guest on Coast to Coast AM with George Noory, X-Zone and Religion on the Line on WABC in New York, to name a few.

Shelley lives in Dallas, TX, where she still maintains a private practice when she is not on the road promoting her books.