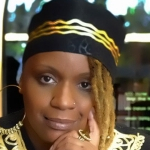 Zuri Speaks, a no holds barred radio show that focuses on empowering Black Men & Women to step up to success in their Families, their Spirituality, their Businesses, and their Communities around the world! Although our main focus is concerning the Black Community, there is no doubt that ALL communities can benefit from this show. We plan to continue to bring a new flavor to radio; a forum that is designed with our listeners in mind. 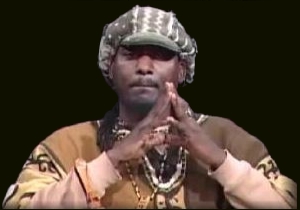 Dawah Bayn Yisrael is a Public Speaker, Truth Liberator, and the Talk Radio Show Host, including host of the Yah Is Real Hour TV show in Chicago on Public Access. Dawah is a gifted musician who plays the guitar and writes his own music. His latest CDs "Can These Bones Live", "We Are The People Of The Sun" and "Soul Gas Mystical" are VOLCANIC! Dawah is also a chef at a Culinary School, and has recently released a new book entitled, The Definition of A Broke Ass. 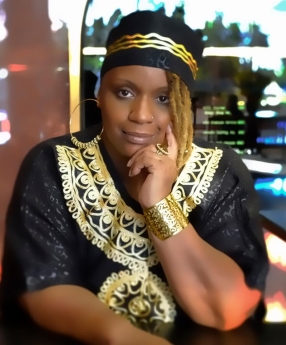 T'Malkia Seriah Zuri first received The Messiah as a little girl growing up in Chicago, IL under the late Reverend Edmond Blaire. She always felt that all of the trials and tribulations that she was going through were to be written down to one day minister to others who were experiencing the same. Over the years the devil tried many attempts to destroy Queen T (as she is respectfully known) in every way possible; from living house to house, to doing drugs to even attempting suicide. Queen T was even hit by a car, and had died on the hospital bed after an overdose. After many years of being in abusive relationships and dealing with life on the streets, The spirit of the Ancestors directed her to come in out of the rain. At the age of 27, Queen T began the journey of finding her true identity. After years of studying, fasting and praying, Queen T began to experience spiritual labor pains; she knew that it was time to give birth. In 2007 Queen T released her first book entitled “Sister 2 Sister: A Treasured Gift/Repairing the GAP in Sisterhood. Her sophomore book “It’s Mourning Time: Fasting the Spirit Man: An ABC Guide to Fasting for Spiritual Gain was released in 2009. Her next two books, “You Better Not Tell Yo Mama” and “Counterfeit Before the Queen” is scheduled to be released later this Year.

Queen T is now the Lead Publisher and CEO of Zuri Publishing House Inc. Under her corporation umbrella dwells 3 more publishing entities; Universal World Publishers, Young World Writers, and the new Prison Publishers. She also owns and operates a web hosting and web designing company called “Universal World Webs” and “Zuri Enterprises”. Being a baby in the publishing game, Queen T has as of to date helped over 20 Authors birth their books in the past 4 years. She has also designed over 50 websites for churches, musicians, politicians, businesses and Authors all over the United States. Zuri Publishing has already contracted to release 6 more Authors within the next 60 days. With the publishing house rapidly growing, Queen T is no longer a solo act. Her publishing team now consists of 2 additional publishers, an editor in Chief, a graphics designer, and a marketing director.