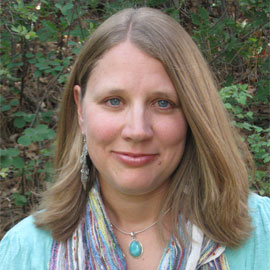 Guest for Your Show...Take Your Listeners on a Shamanic Journey of Self Discovery and Healing with Stacey L.L. Couch and Two Remarkable Hawks

When wildlife biologist Stacey Couch undertook a full-time role living alone on an island to care for endangered foxes in a re-introduction program, she had no idea that she would discover an alarming absence of meaning and purpose in her life. The experience was an accidental vision quest that spurred a dramatic life change.

Luckily, she had support. On many of her treks on the island, Stacey found herself accompanied - and even harassed! - by a stunning Northern Harrier Hawk - a winged creature not previously known to inhabit the islands. It wasn't long before she discovered that the companion of her walks actually nested very near her cabin. The visitations that she experienced seemed more than an accident; the hawk and her small contingent of family and fellow hawk couples, opened up Stacey to the unseen realms. They seemed to speak to her, to mirror her, to expand her in some way, to crack open the door between the life she was living and a spiritual gateway that she was only beginning to sense.

Fast forward to a move to the Northwest, Stacey - still soul lost, confused and now searching for work - volunteered at the Willow Brook Wildlife Rehab Center. And nearly simultaneously, she began consulting a gifted shamanic counselor, who introduced her to the shamanic trance. Stacey's new experiences in trance brought answers and guidance that had correlations in the visible world.

Wondrously, Stacey is charged with the care of - you guessed it - an injured Northern Harrier Hawk at the center. This elegant creature, named Thalia, becomes Stacey's first teacher. The relationship between the two females - one human and one hawk - Stacey's growing ability to find answers to her heart's questions in trance, and Stacey's immersion in the natural and shamanic world began to create healing, expansion and a new found sense of joy. And once Thalia leaves the three-dimensional world behind, she becomes a powerful guide for Stacey in the shamanic world.

But, Thalia was only the first of Stacey's treasured feathered companions. Couch's powerful story continues with the arrival of Graccia, a gorgeous Red-Tailed Hawk, also in need of love and healing.

Gracious Wild (Turning Stone Press/Red Wheel Weiser) is the story of Stacey Couch's incredible journey out of the mundane world of science and reason into the vast shamanic realms of creativity and inspiration. Your listeners can join her on this intimate exploration of what happens when one woman allows the messengers of nature to guide her. These winged guides wrap her mind in the mysteries they present, leading her to a richer, more fulfilling life.

From Stacey, your listeners will learn how opening to spirit messages from animals can provide important and life changing guidance.

For a remarkable interview with Stacey Counch on Gracious Wild, please send an email with the name of the show, your contact information, a proposed date and time, and the calling details.

Stacey L. L. Couch, Certified Shamanic Practitioner, works as a publicist and journalist for Mother Nature and is the author of Gracious Wild: A Shamanic Journey with Hawks. She empowers people with the ability to explore life’s big questions by calling on nature, story and synchronicity as a source for guidance and healing. With her deeply rooted experience in the field of shamanism and passion for working with wildlife and rescue animals, Stacey has a unique blend of rational and mystical perspective that makes the world of shamanism easily accessible to others. She values mindfulness, wonder, and compassion in her daily spiritual practice. 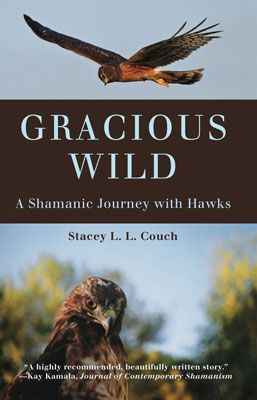