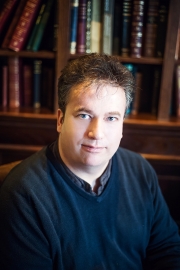 Hi everyone… I'm an award winning Spirituality author with two new books out in early 2016 - and I'm looking for interviews in the coming weeks and months. Please check out my bio to find out more about me. The primary focus of my work is personal transformation and conscious evolution. I fully sense we can build a better world together, and though courage, perseverance and authenticity, we can manifest the changes we so desperately need in today’s world. My non-fiction work had been compared to Eckhart Tolle, Gary Zukav and my fictional novel to authors such as Dan Brown (The Da Vinci Code) and James Redfield (The Celestine Prophecy). The topics in interview I can cover are extensive, and include; • Channelling • Consciousness • Psychic abilities & associated phenomena • New consciousness • Awakening • Enlightenment • Non-duality • The function & reality of the authentic Soul • The process of the expansion of human consciousness • Soulness (the consciousness of the Soul) • Personal transformation • Global transformation The two new books for 2016 are very different to each other, yet both have been written as a contribution to the expansion of human consciousness. The first book is entitled YOU are THIS: Awakening to the Living Presence of your Soul and supports the reader in first discovering, and then actualizing their authentic presence on Earth. It is my experience that we have lost touch with our truest and noblest selves, the authentic Soul. This book shows how to reconnect with your true Soul, in order to live a fulfilled, wholesome and fully contributory life. The foreword was written by the Zen Master, Daizan. Here’s a taster: ‘Your Soul is your Soul. It is not mine, and yet they consciously share the One undeniable Essence. They are family. They are simultaneously separate yet inseparable. They are integral and unique. They are not one and the same - but two and the same! A Soul is beyond ideas or logic. Like the atom, it is both dual and Non-dual, for it arises from the recognition and convergence of the two from the One. In Soulness (the consciousness of the Soul) you live duality and non-duality as interdependent and complimentary, without attachment or preference. The Universal-Individual or Unividual is conscious that it is a part and a Whole, or a Whole-part. THIS is the homogenized truth of One-duality, and the natural emergence of the consciousness of the Soul.’ Early Amazon.com reviews are very positive; • "...a spiritual classic ... this knowledge is too good not to be shared!" • "This is not another `self-help' book. This is an invitation to an internalized map of being." • "The author is clearly an expert regarding this subject matter & in my view qualifies as a modern day mystic." My second book for 2016, THE SOUL WHISPERER: A Tale of Hidden Truths & Unspoken Possibilities is coming out on Feb 26th. This is a novel of visionary fiction, designed to draw readers into questioning truth, reality and the world we live in. Again recent reviews are very positive: https://www.goodreads.com/book/show/27210038-the-soul-whisperer • “This is a book that they could make into a movie. I enjoyed it very much. I think the characters were great and for me it had a little bit of everything in it. This book was magical for me and took me on a magic carpet ride, so to speak. I loved it.” • “I had never read anything by J. M. Harrison and he is now a favorite. I am absolutely and extremely grateful for this opportunity. I could not put this book down. I read it in three days; all 250+ pages.” • “Such a good read, full of action, love and history. The author adds incredible detail to this story, making it so easy to visualize as you read along. The characters are well developed with clearly defined roles. This would easily translate to a movie. There were passages that were profound and touching. Good vs Evil, the French countryside, two people in love who find themselves in a life changing situation. You will enjoy this one, I promise.” I’m happy to consider a book giveaway for any podcast I appear on. This may be pdf. / mobi / ePub or paperback depending upon availability. I would really appreciate you support in getting this valuable information ‘out there’ at this time. This is not a hobby for me, but the expression of my love of life. This work is what I’m supposed to be doing, in alignment with the Intelligence of Life. If you would be interested in interviewing, then please contact me directly at: authorjmharrison@gmail.com Many thanks & have a great Christmas and a wonder-filled 2016! In peace & gratitude, Jonathan BLOG: http://nakedbeing.blogspot.co.uk/

J.M. Harrison is an Award Winning Author and Amazon #1 Best Seller of Spirituality who writes to support the blossoming and expansion of human consciousness. Born in southern England in the mid 60's, by the early 1980's Jonathan's deep love of music was expressed through contemporary singing and song-writing. In 1987, Jonathan underwent a short stint as the lead singer of Frankie Goes To Hollywood following the departure of lead vocalist Holly Johnson. At the close of his pop music career in 1990 he was awarded a gold disc for his lead vocals on the Telstar compilation album "Get on This 2", which sold over 100,000 copies, going to number 2 in the UK album charts. From '97 onwards he underwent a series of phenomena and transformational experiences which radically altered his consciousness, causing him to look closely at human identity, making him aware of what he describes as the "Divine I-less nature of reality". Never having written before, and in the days following a mystical death experience in 2007, he penned his first book ‘We Are All One: A Call to Spiritual Uprising’. Written in just six days, the critically acclaimed book was the WINNER of the 2009 Allbooks International Editor's Choice Award (USA) in the Spirituality & Inspiration category. In January 2009 he was invited to teach alongside Barbara Marx Hubbard, Esther Hicks (Abraham, Law of Attraction, and The Secret), Dr. Bruce Lipton, Steve and Barbara Rother (Lightworker.com) and others on www.worldchangingwisdom.com - subsequently he was offered his own seminar series with US company Conscious Alliances. Jonathan's second book 'Naked Being: Undressing Your Mind, Transforming Your Life' - was published by O books on the 28th May 2010. Further kudos followed when it was honoured as a Best Books Award Finalist 2010 (USA Book News) in the genre of Spirituality. Many articles, poems and quotes of his work have appeared in magazines and associated websites worldwide. Over the years he has been appeared in; Kindred Spirit Magazine, Watkins Magazine, Cosmic Lighthouse, Mystic Pop, Yoga Magazine, Paradigm Shift, High Spirit Magazine, Nonduality.com, Searchlighton.com and more. An article on 'Naked Being' was published in the highly respected Watkins Review in early 2012. Over the years, Jonathan has made numerous media appearances in Europe and the US, including a one hour interview with Iain McNay on Conscious TV in 2011. From 2010 onwards Jonathan took on the role as the Managing Director of Gaunts House in Dorset, England - one of the largest spiritual retreat centres in the United Kingdom. During years of financial recession and under his directorship the charitable foundation blossomed, until his departure in the spring of 2014. The synchronicities of the journeying soul have teamed him up with Kate Osborne, former international magazine editor and founder of the inspiring Solarus Foundation. Jonathan has recently collaborated with Grammy Award winning Composer Richard Theisen. Together, they have recorded and arranged music and chants Jonathan intuitively 'heard' in southern France whilst writing his visionary fiction novel 'The Soul Whisperer'. The material is being recorded at 528 Hz, a frequency where the words, music and 'classical' tone converge and penetrate deep into the recesses of the sub-conscious mind, promoting well-being, healing and transformation. 2016 promises to be a busy year for Jonathan. Jan 29th sees the release of his newest spiritual non-fiction title YOU are THIS: Awakening to the Living Presence of Your Soul which is published by MANTRA. The book explains Jonathan’s philosophy of the Soul, or what he calls One-Duality, and provides genuine tools to support the reader in recognizing, realizing and actualizing the living presence of their Soul. Early reviews are very positive; • "...a spiritual classic ... this knowledge is too good not to be shared!" • "This is not another `self-help' book. This is an invitation to an internalized map of being." • "The author is clearly an expert regarding this subject matter & in my view qualifies as a modern day mystic." On Feb 26th his novel of visionary fiction THE SOUL WHISPERER: A Tale of Hidden Truths & Unspoken Possibilities is being published by Roundfire Books. A spiritual tale designed to support conscious evolution, the book has already received great reviews on Goodreads Most recently, Jonathan has appeared on InspireMeToday.com (Dec 2015), and a NYC Metro exclusive rights article on the Soul is due for release in Feb 2016 through CREATIONS MAGAZINE. 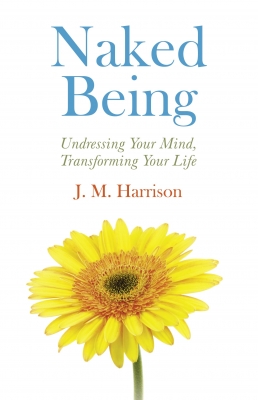