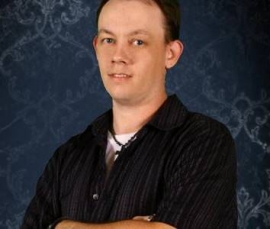 Contact Your Publicity Company at 888-368-9081 or e mail info@yourpublicitycompany.com to schedule an interview

Some believe and some don’t believe in ghosts but for Jason Dowd his life long struggle with ghosts altered his life forever.  He questioned his religion, he isolated himself from society, he felt like something was missing in his life and didn’t know what, he questioned his own sanity, and he faced the experiences without support from the age of 7.

He had no idea he had a deceased twin sister, he had no idea he was psychic and could communicate with ghosts and at the age of 12 he battled the demon that took over his room, hurting and haunting him and his friends.  Now he is a paranormal investigator and using his vast knowledge of photography, is an expert paranormal photographer.

His book depicts these stories and features photos he created in his internationally exhibiting art series to illustrate some of these nightmares he encountered growing up.  His story will send chills down your spine; yet you won’t want to stop talking about his amazing experiences.

Dowd is eager to discuss:

Interviews are available for radio, TV and print.  Contact Your Publicity Company at (888) 368-9081 info@yourpublicitycompany.com.  If you are interested, please reply to this pitch by e mail with a time (EST), day and station info and we can set up the interview that way as well.

Jason Dowd was born in Bristol, CT.  He graduated from Land O Lakes High School in Florida in 1997, and continued his education and training at ITT Technical Institute in Tampa. Though he likes to dabble in many art mediums, Dowd focuses his passion on photography.  In 2003, he created Dowd Studios, Inc. and then in 2004, began video editing for various bands.  In addition to his editing work, Dowd has helped musicians develop their CD covers, produce videos and help with other various creative items needed.  He has worked with some of the biggest names in the music industry.  In 2010, Dowd started his first art collection titled, "Dreams, Nightmares, Fears and Fantasy."  He has since followed with many other series.  His work has been seen in galleries all across the nation, and even has had his photos displayed in Hong Kong.  He has won numerous awards over the years for his photography.  In 2008 the San Diego Voice and Viewpoint hired Dowd to photograph the only campaign stop during the Democratic primary election of Sen. Barack Obama. Since 2010, Dowd has been on 35 radio interviews and has made many television appearances.  In 2011, Dowd published a book titled, A Haunted Soul: A True Story of One Man's Struggle with the Paranormal.  To purchase his book, please visit:  www.dowdstudios.com or Amazon.com. Today, Dowd resides in New Port Richey, FL with his wife, Fran.