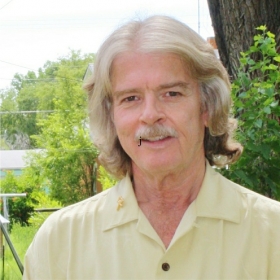 The Next Evolution of Online Networking

How many hours are spent daily on the internet? How are those billions of hours  are contributing to the positive evolution of humankind.  How can we utilize the internet to Co-Create the Greatest and Highest Good?

Challenged by the late Futurist, Inventor and World Citizen, R. Buckminster Fuller, to find a way to change the human mindset from a prevalence  of competition to the more sustainable mindset of cooperation and collaboration, Duane Stjernholm (Pen Name Dane Starland)  has forged an unprecedented  new path to the Co-Creation of the Greatest and Highest Good by utilizing the internet in support  of  Poll-itical Networking for Collective Consensus.  Poll-itical networking is Global Democracy at its finest,  an internet platform for Pure Global Democracy where every United Earth Ecclesia Member gets one vote without the undue influence of lobbyists, PACs, or corporate financial pressure and manipulation.  The resultant Endorsed Poll-itical Consensuses will determine Our Evolution  priorities, direction, and the Collaborative Action steps we need to take to Collectively Co-Create the Greatest and Highest Good for all.

As part of this process, writing under the Pen Name Dane Starland  (which is the English translation of his Danish heritage name) the Author of 5 screenplays, video scripts, and published articles, has published two books to exemplify and elaborate on exactly how Poll-itical Networking for Collective Consensus can be utilized to facilitate the positive evolution and sustainability of the human race.

These two books are:

UEE or Not UEE That is the Question: Whether ‘Tis Wiser to Suffer in the Modern World or Take Action Against the Inequities in it.

This book, set five years in the future, recounts one day in the hypothetical Life of Jane, a thirty-something, unemployed, Hotel Catering Executive.  The book is ordered to give a glimpse of what is possible in the future if the mindset of cooperation and collaboration takes precedence over the current unsustainable mindset of competition.

The book is divided into two scenarios.  In Scenario 1, Jane goes through her day without the Benefits of being a Member of the United Earth Ecclesia. In Scenario 2, UEE Member Jane goes through the same hypothetical day, but with surprisingly different and significant experiences and results.  To paraphrase Robert Frost, she took the road less traveled, and it made all the difference.

As Earth Citizens we have many tools to help us Co-Create the Greatest and Highest Good for all Earth Citizens.  This book provides a detailed clarification of many of these available tools offered from the new global organization the United Earth Ecclesia.  These tools include the Harmonic and Co-Creative Power of Lenergy (the Real Energy of Love), The Exclamation of Love (ExLo) Mark and sign, the vibration raising benefits of prayer/meditation, the United Earth Ecclesia Earth Citizen Covenant (UEEECC, pronounced ‘You Ease Seas’), and the unprecedented platform that has been recently provided by UEE website for, among other things, Poll-itical Networking for Collective Consensus.  UEE Membership is free, but it does require that all prospective Members attest to the Earth Citizen Covenant and live up to it to the best of their ability.  The  UEE Earth Citizen Covenant reads as follows:

As Loving United Earth Citizens We Promise to Love one another and act toward Others as We would like them to act toward Us.

Finally, As Responsible United Earth Citizens We Promise to strive to do everything We possibly can to Protect and Improve the Ecology of Our Communal Environment."

From the Founding Member Phase to the collaborative and enduring evolution of the website, this book explores the real world-changing possibilities of Co-Creative Evolution by those of us who wish to be instrumental contributors in producing a more positive future for our collective home,  Planet Earth.

Both books are available in print versions, e-books (Kindle and Nook) and audio books. Free, downloadable  PDF and audiobook  excerpts are available at ExLo  as well as the unabridged volumes.

Duane D. Stjernholm (Pen Name Dane Starland) was born in La Junta, Colorado, a small town in the southeastern corner of the state.  Raised in nearby Cheraw, an even smaller town, he graduated Co-Valedictorian from Cheraw High School and continued his education at Colorado State University in Ft. Collins, earning a B.S. Degree in Psychology. Seeking to explore the world in search of adventure, he joined the Peace Corps and spent two years in the Philippines working in Rice Irrigation Water Management in the Province of Pampanga, and subsequently teaching Introductory Social Sciences at the University of the Philippines at Los Baños, Laguna.

Recovering from “Reverse Culture Shock” upon his return to Colorado, he attended the Iliff School of Theology in Denver earning a Master of Arts in Religion Degree, specializing in Religious Philosophy and Metaphysics.  Soon after graduation from Iliff  he was fortunate to attend a live speech by the renown World Citizen and Inventor, R. Buckmaster Fuller, who inspired him on his current 35 year Mission of changing the prevalent mind-set of humanity from competition to cooperation and collaboration in order to Co-Create the Greatest and Highest Good. To that end he founded the unprecedented Member organization, the United Earth Ecclesia.

To support and further his Mission he has worked in a number of hospitality and service oriented positions culminating in one of his current positions as Production Administrator at the nationwide non-profit, Learning Ally (formerly Recording for the Blind and Dyslexic), culminating in the publication of his two books and the recently launched United Earth Ecclesia website, ExLo, dedicated to the Co-Creation of the Greatest and highest Good for all Earth Citizens.

Carly Stjernholm was born in Rapid City SD and raised in Sioux Falls SD where she graduated high school. She continued her education in Omaha NE and after moves to Santa Clara CA, Wichita KS and Dallas TX, she joined the rest of her family in Littleton CO. She has spent 44 years in Sales and Marketing including,  10 years in the Ski Industry, 15 years in Space Planning and Design and 19 years in Retail Management.

13 years ago Carly and Duane joyously married on the top of Pikes Peak, and they currently reside in a southwest suburb of Denver, Colorado.

Raised in an extremely small town, Cheraw (2013 population, 248),  a tight-knit community in southeastern Colorado, Duane Stjernholm's only avenue to the broader world and an expansion of his horizons was books.  Able to read before starting first grade at the age of five, Duane's love of books and the lessons within propelled him to Co-Valedictorian of his high school class of 10 people. Beckoned by broader horizons he then joined a Freshman class of a couple of thousand student  at Colorado State University in Ft. Collins where he earned a Bachelor of Science degree in Psychology. However, not content with broad enough horizons, he joined the Peace Corps and spent two years in the Philippines working in Rice irrigation water management and teaching introductory Social Sciences at the University of the Philippines. This developing country experience not only made him more grateful for the opportunities and possibilities available in developed countries, it made him question his role in how to he could be more instrumental in bringing equality to all people with limited means and possibilities. Recognizing the unifying importance of spirituality and metaphysical quantum mechanics in all peoples realities, he studied the universal power of Love in his pursuit of a Master of Arts in Religions Degree at Denver's Iliff School of Theology.  Soon after graduation he accepted his Life's mission from a challenge issued in a Live speech by the late futurist, inventor and World Citizen, R. Buckminster Fuller, to change the predominant mindset of humans from one of competition to a more sustainable one of cooperation and collaboration.  This lead him to found the United Earth Ecclesia dedicated to the Co-Creation of the Greatest and Highest Good for all Earth Citizens and to write two books on the importance of this unprecedented undertaking.

Please welcome the founder of the next evolution of internet networking, Duane Stjernholm.

1. With all the organizations in the world, why do we need the United Earth Ecclesia?

2. Is the UEE a religious organization?

3. How is the UEE different from similar organizations?

4. Is Membership in the United Earth Ecclesia open to anyone?

5. What does it cost to become a member of the United Earth Ecclesia?

6. Why do potential members of the UEE (Pronounced 'you-ease") need to attest to the UEE Earth Citizen Covenant?

7. What are the benefits of becoming a Member of the United Earth Ecclesia, and who would benefit the most?

8. In your book you've stated that your Mission is to change the predominant mind set of humans from a mind set of competition to one of cooperation and collaboration. How do you propose to do that?

9. In your book you mention something called "Lenergy".  Exactly what is "Lenergy"?

10. Another concept you mention in your book is "Poll-itical Networking for Collective Consensus".  Could you please expand on what that means?

11. What types of Polls and Surveys do you have on your website?

12. Christians often ask , "What would Jesus do?". What is your organization asking?

13. The United Earth Ecclesia has a Registered Collective Mark. What is that and what is it used for?

14. What is the difference between and ExLo Mark and an ExLo sign?

15. How is the United Earth Ecclesia funded?

16. How many Members are you looking to have in the organization?

17. Where can you buy your books and in what formats are they available?

18. Are you available to speak to groups about the UEE?

20. How do you see the future of the organization?