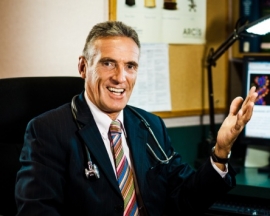 Can you Defy Your DNA? Are you destined to fall prey to a cancer lurking in your genes? No longer must you wait for your genetic destiny to greet you. You can thwart nature with the amazing new "gene patch" medicines that are now starting to emerge from the vanguard of medical research. Dr Shrewsbury, a former English family doctor, but now a serial Chief Medical Officer for innovative biotech companies, worked for one such gene patch developing company and explains in his book, Defy Your DNA, that the technology is here, NOW. It heralds the Golden Age of Medicine offering hope to the 1 in 10 people on this planet who has a genetic abnormality leading to a rare disease. He explains how to uncover what your future holds; what to do about it; how these gene patches work - the greatest medical breakthrough since the discovery of penicillin - and their place in our war against disease.