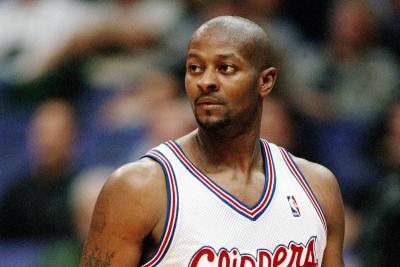 Inspiring Stories of Real People Who Turned Pain into Purpose

Los Angeles, CA -- In the aftermath of hardship or trauma, it’s perfectly natural to enter what Dr. Randall Bell terms the “Dive Stage.” After all, the rug has just been pulled out from under you. But with the right strategies, it’s possible to not only get back up and find your footing, but to also use the experience to grow in entirely new directions.

“How do you take that energy from the trauma and tap into it to do something really remarkable that you wouldn’t have done otherwise?” asks Dr. Bell.

Stories of real people (many of them familiar) who have done exactly that unfold in his latest book, Post-Traumatic Thriving: The Art, Science, & Stories of Resilience.

Among the inspirational journeys Dr. Bell shares are:

• A deaf man with a glass eye invented the electric guitar and became a household name, remarkably wealthy and most importantly, happy.

• A convicted murderer took responsibility for the damage he caused, graduated with honors from college, became a minister and turned around the hearts of the most hardened criminals.

• A girl born with cerebral palsy landed the world’s first starring role on national television and spoke at the White House three times.

• A woman hid in a basement for years and lost her entire family in the Holocaust. She eventually found true love and paints stunning artwork.

• The sister of a murder victim helped millions of women in toxic domestic relationships.

• A woman’s car crash resulted in an addiction to prescription drugs, a divorce, a loss of her children and a cot in a homeless shelter. She has rebuilt it all back and more.

• A man set to go to the Olympics had his hopes dashed by Jimmy Carter and went on to build a worldwide business empire.

Dr. Bell juxtaposes outcomes of scientific studies with these stories to reveal common denominators among “thrivers.” He divides his insights into three sections: The Dive Stage, The Survive Stage and The Thrive Stage, and outlines a step-by-step process toward authentic healing.

Post-Traumatic Thriving documents the science of happiness, as well as the individual styles and common thread that all post-traumatic thrivers have to emerge with a fulfilling life. When trauma hits, your most significant decision will be to dive, survive or thrive. If you choose to thrive, this book is for you.

As a socio-economist, Dr. Randall Bell has consulted on more disasters on earth than anyone in history and is widely considered the world’s top authority in the field of post-traumatic thriving. His clients include the Federal Government, State Governments, International Tribunals, major corporations and homeowners. Dr. Bell believes that “the problem is not the problem — the problem is how we react to the problem.”

Often called the “Master of Disaster,” Dr. Bell is squarely focused on authentic recovery and resilience. His research has been profiled on major television shows and featured in numerous magazines and the international media. More information can be found at www.posttraumaticthriving.com.

Available from Amazon.com and all bookstores

Reviews, photos, links to previous interviews and Q&As are available upon request.

As an economist, Dr. Randall Bell has consulted on more disasters on earth than anyone in history.

Dr. Bell is widely considered the world’s top authority in the field of post-traumatic thriving. His clients include the Federal Government, State Governments, International Tribunals, major corporations and homeowners. Dr. Bell believes that “the problem is not the problem – the problem is how we react to the problem.”

Often called the “Master of Disaster,” he is squarely focused on authentic recovery and resilience. Dr. Bell’s research has been profiled on the Today Show, Good Morning America, every major television station, Success Magazine, Forbes, Inc. Magazine, and the international media.