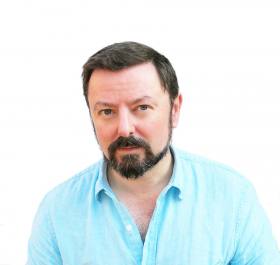 But how many people can say that they have spent their careers in the scientific study of the paranormal? In the course of my career, I have stayed in haunted houses, gone ghost hunting with ghost hunters, taken part in seances with mediums, attended Witches' Sabbats and even Satanic Black Masses. And I have researched and published extensively on these subjects.

If you need insight into any aspect of the paranormal, then ask me and I will give you an authoritative opinion.

"Dr Leo Ruickbie is a leading historian and sociologist of the paranormal." (Daily Express newspaper)

I have a PhD from King's College, London, for my work on modern witchcraft and re-enchantment, and am currently a Visiting Fellow at the University of Northampton in the United Kingdom, where I specialise in controversial beliefs and experiences concerning what we call 'the paranormal'.

I have written 6 monographs, 15 chapters in books and 51 articles in periodicals on different aspects of the paranormal, and have co-edited 4 academic volumes, including most recently a two volume series entitled Is There Life After Death? (currently in preparation).

I am closely involved with the work of the Society for Psychical Research (SPR). Established in 1882, the SPR is the world's oldest, largest and most reputable organisation for the scientific study of the paranormal. I am on the governing Council of the SPR, edit the magazine of the SPR and sit on several committees, including the Spontaneous Cases Committee which handles reports of people's experiences. I am also a Professional Member of the Parapsychological Association and an elected member of the Royal Historical Society.