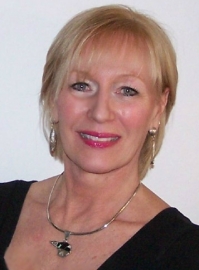 Praise for Earth Energy: Earth Energy provides profound and insightful knowledge for returning to proven ancient and indigenous wisdom practiced successfully through the ages: thus written by my friend Betsey Lewis. She provides invaluable information for those who love Mother Earth and want her healed again. With admitted climate change/planetary heating, we can't ignore Black Elk's warning vision. We must practice mindfulness, balance and respect for Mother Earth, if we are to save our planet, ourselves and all life--it's that critical! — Ed McGaa "Eagle Man" Sioux/Lakota author of Mother Earth Spirituality, Spirituality for America and other books. Earth and humanity stand at the crossroads of an immense transformation that has been prophesied to come at this time by the Ancient Ones and Indigenous Elders of the world. They have foreseen a great time of change, and we are now in these times! “Humanity has forgotten the sacredness of our unique planet and it is this wisdom we must return to as the indigenous peoples have practiced for thousands of years. Our very survival depends on it,” says author and intuitive Betsey Lewis. In Earth Energy discover how ancient humans and indigenous tribes practiced Earth Wisdom in their daily lives through Earth’s elemental spirits—Water, Earth, Fire and Air. Discover the mythology and legends of the past, the prophecies of Indigenous Wisdomkeepers, the secrets of the elements, why ancient people sought the elements and deities for spiritual enlightenment, and how we can return to that spiritual consciousness. In these fast changing times it is imperative to trust Mother Earth, the animals, and our own intuition. By living in ayni—balance, we can change our future and shift into a beautiful new world that awaits us. This book offers each person a way to heal the planet and how to reconnect to the Living Library and Mother Earth, our beautiful blue planet.

Betsey Lewis is an international psychic-medium, the host of Rainbow Vision Network since 2009, Earth Mysteries Investigator and Earthkeeper. At eight months old Betsey had her first UFO encounter with her parents. At age seven she was chased by a massive UFO, and at age three she communicated with invisible beings. She had her visit spirit visitation by her deceased grandfather at age eight, and the paranormal experiences haven’t stop since. Betsey has researched and investigated UFOs sightings, cattle mutilations, angels, aliens, and other Earth mysteries for over forty years. She practices Reiki, Kriya Yoga, astrology, tarot and numerology, and regressive hypnosis. Her mentors on Earth wisdom include Oglala Sioux Ceremonial Leader Ed McGaa “Eagle Man” and the late Spiritual Leader of the Western Shoshone Nation Corbin Harney. Betsey has appeared on Idaho’s KTVB noon show, KIVI morning show, The Dr. Michael television show on Fox, Coast-to-Coast AM, Ground Zero, and many other talk radio shows. She was a featured keynote speaker at the 2012 Alamo UFO Conference near Las Vegas, Nevada. Published books include: Earth Energy—Return to Ancient Wisdom, Communicating with The Other Side—True Experiences of a Psychic-Medium, Mystic Revelations of Thirteen: The Key to Earth's Destiny, Angels, aliens and Prophecy—The Connection, and Angels, Aliens and Prophecy II: The Angel-Aliens Agenda. For more information on Betsey's work, practice and her daily Earth News1 blog, 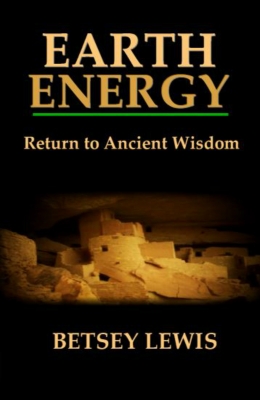