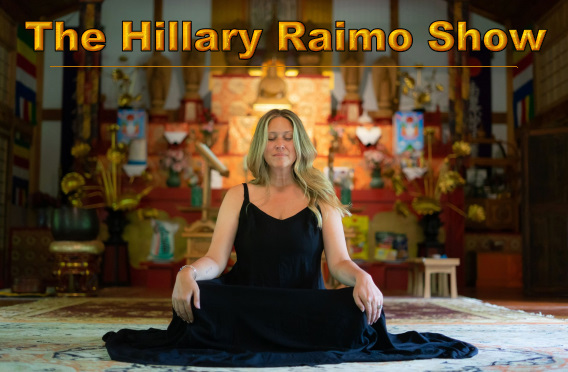 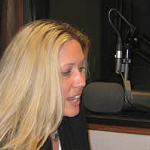 An hour dedicated to inspiring and healing the human spirit.. and raising the collective vibration worldwide... one show at a time...

To all of you,

I would like to personally invite you to listen and call in to speak with me and my invited guests. I will be available on the air for live coaching sessions related to integrating all aspects of self to nurture and inspire healing on all levels. My passion lies in helping others find their own voice as they gain the courage to reach for the stars and follow their dreams. Years of going through my own intimate healing process, and searching for mystical understanding and meaning to my own life, I now dedicate my life to reaching out to others and helping to facilitate hope and meaning into their lives.

This show will be intimately dedicated to YOU, the listeners, and I will be available to all of you on the air as we share our stories, experiences and heal together. Occasionally I will bring on a guest to further that healing with specific knowledge of different healing modalities.

Until then, Live Well. 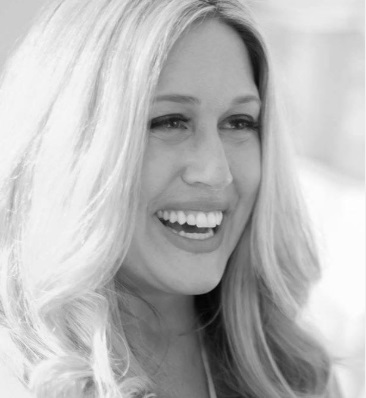 As a painter and photographer, Hillary never sees the world the same way twice. Her work has been shown in Albany Center Gallery, Spring Street Gallery Saratoga Springs, Yaddo exhibit ‘Taking Flight’ curated by Tristan Kirvin and is regularly featured in the traveling exhibits of the Schenectady Photographic Society.  Recently, Hillary’s work was presented at the Salmagundi Club in Manhattan in the 2019 Non-members Photography Open. Her work was also selected for the summer group invitational RUIN at The Royal in Brooklyn hosted by the Royal Society of American Artists (RSOAA). Her work was also included in the group exhibit Welcome to the Multiverse, a creative exploration of theoretical physics curated by Janet Rutkowski at Plaxall Gallery in Long Island City.

Hillary earned an honorable mention award at the 2018 FENCE Select exhibit hosted by The Arts Center of the Capital Region in Troy.  She credits her art residency at Atelier de la Rose in Montcabrier France (2015) for opening her artistic eye and changing how she seeks power & beauty in her images. A multi-medium artist, Hillary hopes to instill a purpose to her images, whether they be paintings or photographs. Hillary has participated in multiple group and solo art exhibitions.

This past Spring Collar Works Gallery in Troy, New York had Hillary’s work on display in the 41st Photography Regional guest curated by Daniel Aycock and Kathleen Vance of Front Room Gallery NYC. Her photograph Formation was 1 of 15 pieces of work chosen for the exhibit.

This past spring while on residency at Dacia Gallery, Hillary studied figurative painting under the instruction of Billy Seccombe. Residents work was on display in a group exhibit curated by Manhattan’s Dacia Gallery Director Lee Vasu April 6th.
Read more about Hillary’s artwork.

As a writer and author of 3 books, Hillary’s articles have been published in popular online magazine’s such as Sirvana East, as well as Rebelle Society. Hillary writes a regular art column in Healing Springs Journal. Her books are available in paperback and eBook on Amazon, Amazon UK, Barnes & Noble, and LuLu. Hillary’s wise wordsmithing can also be found in Yvonne Perry’s best selling book Whose Stuff is This? Finding Freedom from the Thoughts Feelings and Energy of Those Around You (January 2011), Oracle of Initiation by Mellissae Lucia (2012), Kids Who See Ghosts by best-selling author Dr. Caron Goode (Weiser Books 2010), Prophetic Voices by Maria Yraceburu (2010), The Psychic Survival Manual by 5x Emmy award winner Lorraine Roe (2015). Read more about Hillary’s latest book release.

As a radio host, Hillary Raimo is a strong & powerful voice on KCAA, an NBC News Radio affiliate station in southern California and Los Angeles areas. Her show can be heard Tuesday’s 9-10am LA pacific time on 106.5FM, 102.3FM and 1050AM, as well as streaming online worldwide on iHeart Radio, KCAA YouTube, Stitcher, and other popular streaming apps.

Hillary began her radio career in 2005 on WVKZ 1240AM terrestrial talk radio in upstate New York. In 2008, she began broadcasting online with Achieve Radio where she continued for the remainder of her radio career. At times Hillary would guest host, or help produce, a short run on other networks, including World Puja Network, BBS Radio and Capricorn Radio. In 2016, Hillary started YinRadioTV, an online content platform, and began to mentor inspiring radio hosts, many who began their own shows soon after.

In 2016, while Hillary was writing a book proposal for the prestigious Cambridge University’s Nine Dots Prize, she was invited to host a political podcast throughout the Presidential campaign. These included interviews with Chad Marlow the head counsel of the ACLU for Data Privacy, Mark Watne NDFU President on Corporate Farming, Arvin Vohra the National Libertarian Vice Chair, John G. Heim Clean Water Movement, Colin O’Neil on GMO’s & the Dark Act. Many of these important shows can be found throughout the Internet.

Hillary is currently President of The Bethlehem Art Association in Delmar, New York. With a background in business and healing arts, Hillary weaves her intuitive magic in all she does. Granddaughter of the late Leslie Holloway, psychic to Eleanor Roosevelt, and former South American Director of the A.F.S.C, Hillary continues her grandfathers legacy of tarot and financial forecasting as a political psychic. Her predictions for the past 18 years in her seasonal writings, have helped translate astrological and intuitive energies, and have been appreciated by readers worldwide.

In today’s digital age, Hillary is still asking important questions. Her body of work reflects a deeper dimension to the macro-micro reflections we face on a daily basis in today’s complex world.

“After 13 years in alternative media, publishing three books, numerous articles and interviews later, here I am. With a unique perspective on world events, my time as a radio host also brought many experiences my way. I met extraordinary people, and was privileged to have an hour conversation a week for a decade (give or take a few weeks off) and it was part of my spiritual growth to say the least. I found myself exploring the Great Pyramid on Giza, the old ruins of Manchu Picchu and Stonehenge. It brought me to the Temple of the Sun & Moon at Teotihuacan, the megalithic sites of Ireland and eventually to the Native American sites nestled deep in the American Southwest. As I followed my heart I was brought to many fulfilling and beautiful adventures….now mostly photographs and memories, they still continue to inspire my work. I seek to instill beauty & power into my artwork, poetry, writing and artistic projects. Through my artwork & books I offer a glimpse into my world. May it inspire you.”