The Crimson Pill with Antonin Feori 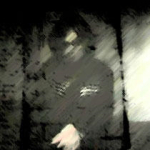 "The Crimson Pill" with Antonin Feori Have you recently found yourself wondering, "What in the world is going on around here, anyway?" With each passing day we're seeing unprecedented 'natural' disasters, increasingly alarming headlines in the news, and an endless chain of world institutions and their "leaders" being caught red-handed in acts of premeditated evil.

You've heard about making the choice between the Red pill and Blue pill. But in this, perhaps the eleventh hour of human history - even the red pill simply isn't enough. The Crimson Pill is the prescription for Seekers of the Truth in these challenging times, if we are to effect the genuine change that the world so desperately needs.

The Crimson Pill explores the salient questions of the day: "Why are we here?" "Why is the world seemingly spinning out of control?" "What can I do to prepare myself, family and friends for the tumultuous events that face us in the coming days?"

Host Antonin Feori will guide the listening audience on a quest to assemble the 'Pieces of the Truth' that lay the foundation to prepare for what is to come. This journey will call upon a host of researchers and truth seekers to share their expertise with the listener on the topics that matter so much: "How can it be legal and possible that known poisons are being placed in our food and water supply?" "Why are various populations around the world (including the U.S.) being targeted with Chemtrail spraying programs - defined by the U.S. House of Representatives as a type of 'exotic weapons system?" "Why would world powers use technologies like HAARP and Project Bluebeam to deliberately manipulate their populations, and somehow think that we won't 'wake up?'

Well - waking up is EXACTLY what the people of the world are doing, and The Crimson Pill is proud to enter the fray. Host Antonin Feori has never been content to sit passively on the sideline and merely observe the struggle - choosing instead to immerse himself in the quest for the truth by:

- Pursuing an exhaustive course of research into the works of mystics, scholars, and leading scientific contributors - from astronomy to astrology, quantum physics to metaphysics.

- Maintaining a philosophy of 'Gnosis' (from the Greek: 'knowledge,' or 'to know') on issues and information - "Experience everything, but 'believe' nothing." In other words, always seek to understand and come to KNOW something for yourself, do YOUR OWN research -- NEVER merely rely on the words/opinions/propaganda of any one individual, organization, or movement.

Each week the listening audience will have an opportunity to call-in and engage in the discussion with many of the most prominent researchers in the field of the pursuit of Veritas.

Join Antonin this weekend for your 'dose' of The Crimson Pill! 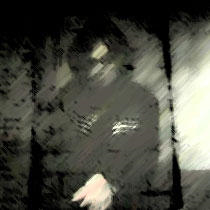