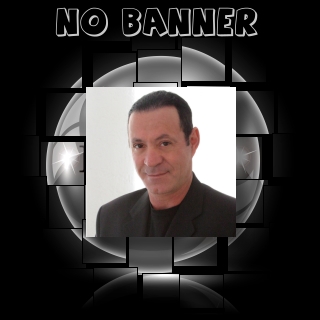 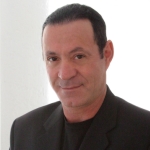 - Listen Live to learn how to obtain the best seller Moon Power 2005 Free!
- My connection with Nostradamus
- Some of my best predictions
- 1st UFO experiences started at the age of 7 years old in France.
- 2nd UFO experience with my sister Noelle lost in the French mountain (19 years old)
- 3rd UFO experience (see pics) Nov 11 1991 10 –30 PM (a flying saucer above the car and missing time with my brother).
- 4th UFO experience (Aug 11 1991) My wife and I abducted for over 90 miles and the loss of our child – The trip in the saucer and the (UFO legacy/downloading) left by the ET on the working of the Universal mind, its interaction upon the human psyche and the building of our solar system. (Note the explanation of those 4 experiences will take a long time).
- Explanation of the Dragon Head and Tail and how it affects the world affairs
- Nostradamus curse and predictions and his homeopathic medicine methodology
- Where does the moon comes from?
- What is the purpose of Jupiter?
- Apocalyptic time and the age of Pisces
- The New Age of Aquarius
- How does the Universe interact with the human psyche
- My view on predictions and who makes them

Here is a description of what Dr. Turi can do on the air for you: 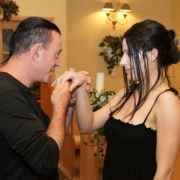 “If we offer society only the entertaining products of Astrology, no matter how useful and inspiring they maybe – without communicating its critical methods, how can the average person possibly distinguish Astrology from pseudo science? ” Dr. Turi

The Cosmic Code Radio Show With Dr. Turi and Terania

I have been on our friend, George Noory Coast to Coast am nationally syndicated show TOP predictor for years and I thank him, his producer Tom and other radio and TV hosts who invited me on their shows to share my gift.

If you are a newcomer to our work, please do not assume anything just yet. Give yourself a chance to realize what you do  not understand or fear today, can be clarified with time.

Instead, upgrade your own cosmic awareness by making notes of all the predictions I will offer the listeners, then check my claims. Those who listen to all the debates carefully  and, with an open mind, will be the ones who will learn the most in the long run, so patience is suggested!

I am a legitimate Modern Prophet not because I say so, but because those who know me well can only confirm the values and reliability of my predictive work you will soon judge for yourself; and like them all, you learn to appreciate and trust my work!

This show is dedicated to all the true prophets of the past and to a misinformed unconscious public in need of serious guidance and predictions. In a time where wars, conflicts, greed, misinformation, abuses and evil reign upon this world.

We hope you will find in the "Cosmic Code radio show" (and website) the answers to all that is mysterious, all the while acknowledging God's Divinity speaking his eternal cosmic will through the signs we will faithfully and responsibly translate and share with the listening audience.

Like the great prophet, Nostradamus, Dr. Turi was born and raised in Provence, France. Dr. Turi channels his own inner ET entity named Draco and warn the world of its impending fate with well documented predictions on radio and television. He teaches and speaks of all the secrets of the cosmic code to  the world on the reality of UFO's.

He post daily bulletins on Draco the ET's Facebook page confirming his endless chain of accurate predictions. The dated, printing process of his articles on numerous social medias makes the proof of his predictions totally unarguable. (read his blog)

In 1976 he received the highest distinction Musicianship Award Cup and graduated from the Royal School of Music in London. He moved to the US in 1984 and has since established himself as a very successful Astrologer, Clinical Hypnotherapist, Author and Lecturer.

Dr. Turi got his Doctorate from the Progressive Universal Life Church based in Sacramento, which is recognized by the California Board of Education and graduated from the Royal School of Music in London. But his real talent, as a "Soul Doctor" and a Modern Prophet is; a gift he was born with and developed throughout his extraordinary, unusual rich life and its direct involvement with extraterrestrials!  He challenges both traditional religious and scientific accepted disciplines through his controversial writings and highly spiritual inborn nature while teaching the world about God Cosmic Divinity!

He married his soul mate Terania in Las Vegas on April 21, 2011 and she is the co-host and producer of the Cosmic Code radio show. Her magnetic soft voice, feminine intuitive nature and deep cosmic wisdom make this show more attractive to all listeners, especially women.   Enjoy one of her many videos

Dr. Turi has counseled many celebrities such as, Ivana Trump, Peter Fonda, Gary Busey, Denis Haysbert, John Gray and many others. Dr. Turi is a favorite guest of George Noory on Coast-To-Coast AM radio and the BBC in London and appeared in numerous television programs worldwide.

Prophecy & the Cosmic Code with Dr. Louis Turi –  Feedback
The purpose is in the stars!

What Does The World Say About Dr. Turi?

Dr. Turi is known for the hundreds of accurate predictions he made over the years, specifically 911, Katrina, both Asian tsunamis, tornadoes, large earthquakes and his utmost 1995 prediction of the current religious war currently experienced world wide on Art Bell radio show. He nurtures and guide thousands of VIP's subscribers from his private Cosmic Code website.

Dr. Turi was recognized in the 2003 Marquis “Who”s Who in America” as an accomplished motivational lecturer speaker. He is one of the most *****read author on LinkedIn ***** and he has taught, entertained audiences on the power of the subconscious all over the world.

You have one of the top 5% most viewed LinkedIn profiles for 2012.

DR.TURI OWN THE SECRET OF THIS  CORE AND TEACH THE ENTIRE WORLD ON RADIO AND TELEVISION

Over the years, Dr. Turi spoke at countless Borders and Barnes & Noble bookstores nationwide, and has performed at numerous well known facilities worldwide including Las Ventana, a resort in Mexico and various cruise ships. Dr. Turi’s predictions and articles were featured in India and European top magazines, StarTeller. His articles are also featured in Australia’s magazine, New Dawn Magazine, and UFO Encounter Magazine.

His predictive work also appeared in various newspapers and publications such as Los Angeles Times, La Jolla Light, Fate Magazine and Magazine 2000 in the US and Europe.

Free Spirit Journal and Mystic Pop Magazine and UFO Enigma have also picked up his articles on the Dragon and daily forecasts. He has been featured on many national television programs such as NBC’s “Ancient Mysteries” series, and TLC and the Discovery Channel “Journal of the Unknown" and "More Than Human” to name a few.

CLICK HERE  – ANSWERING SOME QUESTIONS ABOUT EXTRATERRESTRIALS  INFLUENCING MY FATE

Dr Turi lectures on numerous topics but his forte is “The Power of the Subconscious" used to uncover human UCI (Unique Celestial Identity) to motivate people to be at their best using their natal gifts.

Dr. Turi also lecture on the medical aspects of Astropsychology, Hypnotherapy and a multitude of rare Cabalistic Healing Therapy. Those natural health tips may also be discussed with those callers in need of help! Children can also benefit from this radio show as to avoid a repetition of the deadly Sandy Hook  killing. The following is a list of previous  lecture topics that you may find of interest.

People can accurately judge or swear by my predictive gift only if they paid attention to my work and understand me. Until then a newcomer can only assume or be skeptical! Take the time to investigate our work in translating the Creator’s will upon mankind and understand the “Cosmic Code” by reading my articles.

A wonderful experience your patrons wont forget and cherish all their lives.