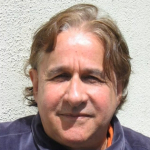 A weekly experiment in group consciousness, service, positive connection and other-dimensional sources hosted by the author of The Reincarnation of Edgar Cayce To listen to this program on Wynn's regular conference call dial 712-770-5600 and use listener code 172746#

Wynn, a physics major in Berkeley, two years into the writing of the Reincarnation of Edgar Casey (April 2002), he learned that he was under direct observation from intelligences on the other side when they initiated a series of communications, speaking to Wynn through two consecutive personal relationships. The intelligences speaking to him identified themselves as the Council of Elohim, which is the name the Bible refers to as the Creator God of this realm.

For the past months, Wynn has been moderating a telephone conference line, where the communications of the Elohim and the Ra Confederacy are shared with participants, many of whom claim to have had huge personal transformations and miraculous interventions as a result of their involvement.