Janet Mayer is a psychic medium. Her abilities have been tested through scientific procedures at the Human Energy Systems Laboratory. She is currently on the Medium Advisory Board and is a founding medium with a Certificate of Proficiency for the Forever Family Foundation. In addition, she has worked diligently to validate indigenous Brazilian Rainforest languages she began spontaneously speaking during a Holotropic Breathwork. She enjoys experimenting with Brain Mapping and Bio Field Viewer hoping her work will contribute to the understanding of mediumship and the mind/brain connection. Janet is a two time cancer survivor who considers herself blessed.

Janet Mayer is a naturally gifted Psychic Medium. She brings through messages from the Spirit world in a down to earth fashion that is both comforting and professional. Recognizing that we co-exist with the spirit world in a unique vibration of energy, as a medium, Janet works through many avenues, with her strongest exhibiting: Clairvoyance (Seeing), Clairaudience (Hearing) and Clairsentience (Feeling). During any given reading, she is also open to receiving Claircognizance (Spontaneous Knowing), Clairailence ( Smelling) and Clairgustance (Tasting), thus allowing Spirit to use her as a channel to communicate with how they best see fits with her energy. Janet states that her practice of meditation is one of the key ingredients to bringing through healing, blessings from spirit and evidential messages.

In the interest to try to understand the unseen world around her due to her notable abilities, while attending Holotropic Breathwork™, Janet began spontaneously speaking unknown languages which took her on a four year journey that proved to be languages from many indigenous tribes in the Brazilian Rainforest, with many languages she continues to speak to date. She contacted John Perkins who set her up with a man from the Smithsonian Institute, Dr. Bernardo Peixoto, Ph.D. He originated from the Uru-e Wau Wau tribe in Northern Brazil, near the Venezuelan border and who’s native name is Ipupiara. You can read more about this fascinating story as well as the translations in Janet’s book: Spirits…They Are Present.

Being guided by Spirit, Janet found herself taking part in mediumship research experiments at the Human Energy Systems Laboratory (HESL) at the University of Arizona with Dr. Gary Schwartz, Ph.D. and Dr. Julie Beischel, Ph.D. She was included in the second wave of mediums to take part in the HESL lab along with other mediums following right after John Edwards and Suzanne Northup just to mention a few.

As a founding medium with the Forever Family Foundation, Janet has been given Certification of Mediumship Proficiency. This shows she uses her abilities with the highest of integrity. She is a member of the Medium Advisory Board and volunteer her services as needed. Forever Family Foundation is known internationally as a not for profit organization that supports continued research to the survival of consciousness, provides a forum where individuals as well as families can turn for support after the loss of a loved one and provides financial support to the on-going research into the survival of consciousness and Afterlife Science. 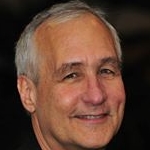 Signs of Life Radio Show is a unique radio show dedicated to the exploration of Life After Death!

Call In or just listen to top Scientists, Mediums, and Researchers discuss their personal work in the field and answer your most perplexing questions.

Topics will include: Mediumship, Near Death Experiences, Death Bed Visions, Reincarnation, Apparitions and Poltergeists, After Death Communication, ESP and Telepathy, Survival of Consciousness, and the list is endless!