What's at stake in the General Election?
A Conversation with former presidential Candidate
RALPH NADER

Ralph Nader is a consumer advocate, lawyer and author.

Ralph Nader made four bids to become President of the United States, running with the Green Party in 1996 and 2000, the Reform Party in 2004 and as an independent in 2008.

Nader is one of America’s most effective social critics. His analyses and advocacy have enhanced public awareness and increased government and corporate accountability. His example has inspired a whole generation of consumer advocates, citizen activists and public interest lawyers who, in turn, have established their own organizations.

He is the author of 14 books and hosts the Ralph Nader Radio Hour.

Marília and I will discuss the upcoming General Election with Ralph Nader. We look forward to hearing his insights on politics in America, the divide in public opinion and what he sees going forward with our economy. 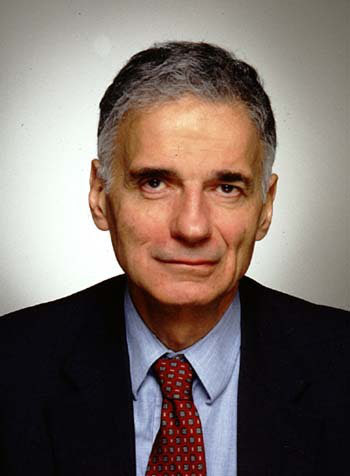 What's at stake in the General Election?  A Conversation with former presidential Candidate Ralph Nadar!  Marília and I will discuss the upcoming General Election with Ralph Nader. We look forward to hearing his insights on politics in America, the divide in public opinion and what he sees going forward with our economy. Tune into this important pre-election conversation as we discuss where America might be headed after the midterms. 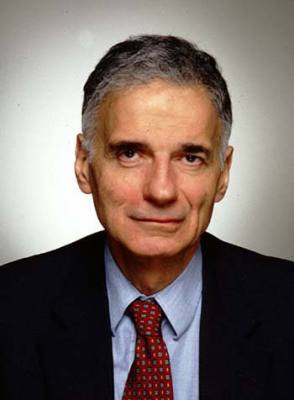 Ralph Nader is a consumer advocate, lawyer, and author.

His career began as a lawyer in Hartford, Connecticut in 1959 and from 1961-63 he lectured on history and government at the University of Hartford.

In 1965-66 he received the Nieman Fellows award and was named one of ten Outstanding Young Men of Year by the U.S. Junior Chamber of Commerce in 1967. Between 1967-68 he returned to Princeton as a lecturer, and he continues to speak at colleges and universities across the United States.

In his career as consumer advocate he founded many organizations including the Center for Study of Responsive Law, the Public Interest Research Group (PIRG), the Center for Auto Safety, Public Citizen, Clean Water Action Project, the Disability Rights Center, the Pension Rights Center, the Project for Corporate Responsibility and The Multinational Monitor (a monthly magazine).

A short biography of Ralph Nader

Ralph Nader entry in the Encyclopedia of the Consumer Movement

and Other Big Ideas By David Bollier 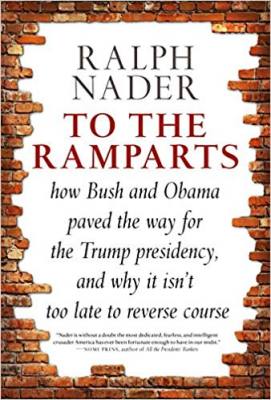