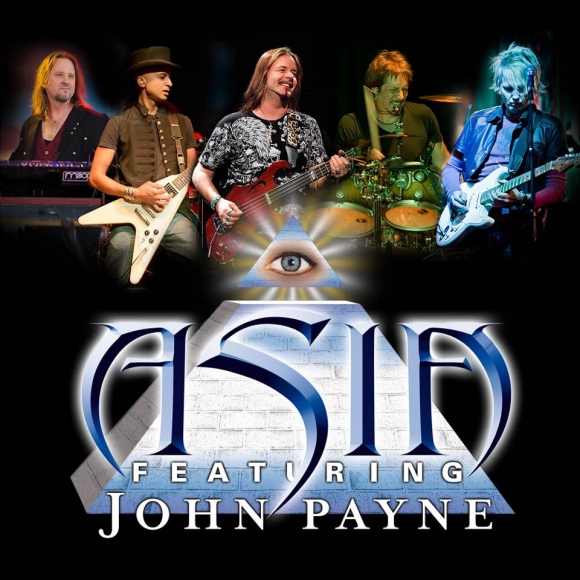 John Payne’s latest release is …Intelligent Music Project III – TOUCHING THE DIVINE … which features session aces Simon Phillips (drums and percussion), Nathan East (bass),Tim Pierce (guitars), and the remarkable voices of John Payne (ex-Asia) and Toto`s Joseph Williams, bringing their own flavor to all 14 equally outstanding pieces in the album. The release is available to purchase at Amazon.com or iTunes

…It’s my great pleasure to welcome John Payne to The Ray Shasho Show. 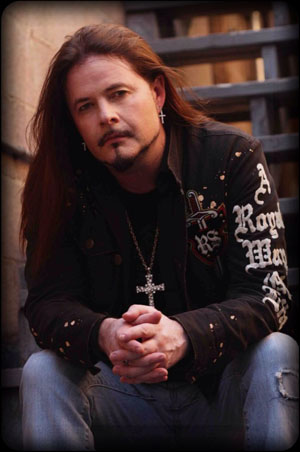 Guest Category
Arts
Music
News
TV & Film
Guest Occupation
John Payne was the lead vocalist of ASIA from 1992-2006. He founded modern progressive rock band GPS. He is also a guitarist, composer, recording engineer and record producer
Guest Biography
Intelligent Music Project III Releases New Single & Video MIND PROJECTION feat. John Payne & Drum Legend Simon Phillips From Forthcoming “Touching the Divine” Album
Sofia, Bulgaria – A year after releasing the all-star project “My Kind O’ Lovin’” producer and composer Milen Vrabevski returns to fulfill, as earlier claimed, his promise and ambition with Intelligent Music Project III – “Touching the Divine”. The new album features session legends Simon Phillips and Tim Pierce, and Nathan East courtesy of YEG. Тhe production concept relies again on two project launchers – guest stars John Payne (ex-Asia) and Toto’s Joseph Williams. Says Joseph, “It’s wonderful to explore working with Milen. The project has a wonderful message, accompanied with some beautiful music and some great rock ‘n’ roll – the musicians in this project are top-noch.”
Musically “Touching the Divine” delivers a thrilling example of straightforward songwriting combined with rich and layered sound and gently executed dynamic spins. The first single MIND PROJECTION is a melodic and energetic slice of AOR, scored with John Payne’s powerful vocal arrangement and virtuoso instrumental charge, that lets you in deeper to the magic ingredient of this sophisticated project. Bass great Nathan East and fabulous Simon Phillips stamp their own authority in this piece, as well on the record throughout.
Watch the video: https://www.youtube.com/watch?v=RnoMT7oZaG0
Full creative input by all guest stars in the project. Recording sessions took place at Simon Phillips’ Phantom recordings (Williams, Pierce, Phillips and East) and at Intelligent Music Studios in Sofia (Payne, Pierce and vocals from Carl Sentance, recently appointed as Nazareth’s lead singer). Says Simon, “Music is an universal language. It’s really a blessing to have the opportunity to work with musicians from around the world.”
MIND PROJECTION brings together once again the positive idea of the producer and composer Milen Vrabevski, that following the true excitement of our hearts and souls will give us the key to living a conscious live and to spiritual satisfaction, we often call happiness. Says Nathan, “This project is very special to me, because of the nature of the message of the project. I was very inspired and happy with the idea, because the message has value and meaning and I am about that. The word ‘inspirational’ is what I use to describe this project.”
John Payne, who continues his 14 year legacy as “ASIA Featuring John Payne” says, “Doing this project with Milen – it has been great, really – these songs have a lot of structure and melody. It’s a very mature project, it’s a very intelligent project for the mind.”
Says Milen Vrabevski, “I believe we managed to deliver an astonishing sound once again and it will delight the ears and sound systems of hardcore rockers all around the world. Bearing in mind the top-noch level of our guest stars, I allowed myself mainly to record the acoustic guitar of the first single MIND PROJECTION. The video was shot in Bulgaria by Vasil Stefanov, a very prolific and talented video director. The explicit idea was to show the level of collaboration and collective effort of all featuring musicians, which I believe, would be one of the most intriguing aspects for the music fans.”
Says Tim Pierce, “My DNA is ‘a rock player’. Musically, this project is fun, because it travels a lot of different places.”
“I really enjoyed working with Milen in his studio. There is a great sense of depth in his songs. We tried to get the best of my voice.” (Carl Sentance)
Intelligent Music Project III – “Touching the Divine” is coming out in late September 2015.
“The coming album is to bring us to the subject of the essence of life. It directs to searching for this special place within our souls that brings the spiritual satisfaction we often call happiness. It is our source of love and creation, balance and harmony. This place is the Divine in us all…” (Milen Vrabevski, MD)
Intelligent Music Project III – “Touching the Divine”
Author and producer – Milen Vrabevski, MD
Featuring:
Simon Phillips – drums and percussion
Nathan East (appears courtesy of Yamaha Entertainment Group) – bass
John Payne – lead & backing vocals
Joseph Williams – lead & backing vocals
Carl Sentance – backing vocals & ad-lib, lead vocal part on 7
Tim Pierce – guitars
All: Invaluable full creative input!
Previous albums by the same author, featuring Simon Phillips, Joseph Williams & John Lawton are IMP I & II, respectively titled  “ The Power of Mind ”  &  “ My Kind O’Lovin’  ”