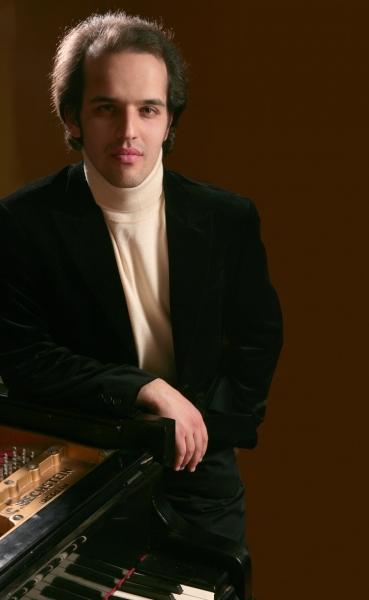 Julian Lampert's hallmark is Versatility; between the music of Gibbons, Bach, Beethoven, and Rachmaninoff, to his own compositions within latin, jazz, gospel and classical genres, Julian covers over 400 years of musical styles.

Born into a musical family in Moscow, he immigrated with his family to the U.S. as a young child. Julian studied piano, harmony and counterpoint with his mother, Dr. Elyena Miremonde, a graduate of the Moscow Conservatory. At eight, he gave his first recital––an all-Tchaikovsky program. Four years later, he made his concerto debut under conductor Victor Rosenbaum and The Cambridge Concerto Players. This brought him to the attention of Richard Probst, at that time Director of Concerts & Artists at Steinway, and later Vice-President of Harold Shaw Concerts. Under Richard Probst’s auspices, Mr. Lampert would make many appearances in the United States, Europe and Russia. He has been coached by some of the world’s most distinguished artists, as Schura Cherkassky, Dorothy Taubman and Eliza Hansen who selected him for a Master-Course in Hamburg, Germany, in 1986 and ’87.

At 16, his recital at the St. Paul Trois-Chateaux Film Festival was broadcast by French Television. A year later, Mr. Lampert appeared on Radio France Internationale’s contemporary music series with Valery Afanassiev. In 1989, Mr. Lampert participated in the Marlboro Music Festival where he was coached by Rudolf Serkin and Richard Goode. He was the youngest artist at the Scotia Music Festival in 1991, directed that year by Pierre Boulez. At Amherst College, he worked with Pulitzer-Prize winning composer Lewis Spratlan and jazz conductor/author, Andrew Jaffe. Mr. Lampert was harpsichordist and pianist for Amherst Collegium Musicum and the Bach Festival directed by Blanche Moyse. He appeared at the Hall of the Kosciuszko Foundation in two festivals of Chopin directed by David Dubal.

After meeting with Fred Rogers—creator of Mister Rogers’ Neighborhood—who attended Mr. Lampert’s debut in Pittsburgh in 1999, Julian was inspired to write music for young people. He wrote many pieces and songs for music & arts workshops presented at The Miremonde Arts Center, founded by Mr. Lampert’s mother, Elyena Miremonde (please see www.miremondearts.org). He has twice served as jury-member of the Nicholas Flagello Young Pianists Competition of New York and has coached young composers in the Songcatchers Program in New York.

Since 1999, Mr. Lampert has been engaged as composer by figure-skating legends Ludmila & Oleg Protopopov, two-time Olympic gold medalists. They danced to his music in several televised productions, including their historic return to Russia in 2005 for the first time since their defection. In 1996, he was honored by the Scriabin Society of Moscow by being selected to inaugurate a festival of Scriabin’s music for the 125’th anniversary of his birth.

In 2006, Mr. Lampert made his debut with the Westchester Chamber Orchestra under Barry Charles Hoffman, performing Beethoven’s Fourth Concerto. Since 2007, The First Lady of St. Martin, Josianne Fleming, has presented Julian in series of recitals presented by the Rotary Club of Guadeloupe.

As Artistic Director of The Miremonde Arts Concert Series, Mr. Lampert has presented a remarkably diverse range of music, from the Baroque and Classical to Jazz and Latin genres. At Miremonde Arts, he has collaborated with Stefan Hoskuldsson—Metropolitan Opera Principal Flutist, The Kopelman String Quartet, Grammy-winning duo Eddy Davis & Conal Fowkes, and R&B vocalist Clayton Bryant, among others.

This year will see the release of two albums: "In Between", featuring originals within jazz, latin and gospel music, and "Lampert in Concert", presenting music by Haydn, Beethoven, Prokofiev, and Scriabin. 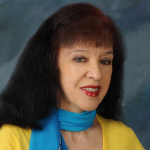 The Lena Live Radio Hour has been awarded sponsorship from Calvary Hospital.  We are honored by their support of our programming.

With the Lena Live Radio Hour—hosted by Prof. Lena Miremonde and produced by Julian Lampert—the world's most progressive voices come each week to our program to share the latest from the frontiers of science, medicine, the arts, politics, psychology, and economics.