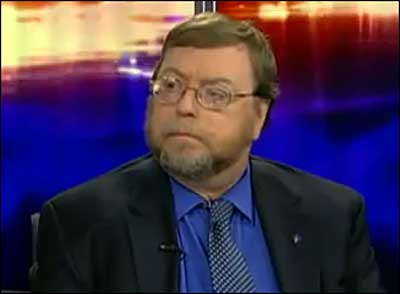 Wayne Madsen is a Washington, DC-based investigative journalist, author and columnist. He has written for The Village Voice, The Progressive, Counterpunch, Online Journal, CorpWatch, Multinational Monitor, News Insider, In These Times, and The American Conservative. His columns have appeared in The Miami Herald, Houston Chronicle, Philadelphia Inquirer, Columbus Dispatch, Sacramento Bee, and Atlanta Journal-Constitution, among others.

Madsen has been a regular contributor on RT and PressTV. He has been a frequent political and national security commentator on Fox News and has also appeared on ABC, NBC, CBS, PBS, CNN, BBC, Al Jazeera, and MS-NBC. Madsen has taken on Bill O'Reilly and Sean Hannity on their television shows.  He has been invited to testify as a witness before the US House of Representatives, the UN Criminal Tribunal for Rwanda, and a terrorism investigation judicial inquiry of the French government.

Madsen has some thirty-five years experience in security issues. As a U.S. Naval Officer, he managed one of the first computer security programs for the U.S. Navy. He subsequently worked for the National Security Agency, the Naval Data Automation Command, Department of State, RCA Corporation, and Computer Sciences Corporation. Madsen was a Senior Fellow for the Electronic Privacy Information Center (EPIC), a privacy public advocacy organization.

Madsen is a member of the National Press Club.

Investigative reporter Wayne Madsen (shown at left) is a widely published journalist and author. He edits the Wayne Madsen Report, appears frequently as a broadcast commentator, and has published 15 books. Previously, he worked 14 years as a Navy Intelligence officer, including a year as an NSA analyst. He later worked as chief scientist with a major defense contractor and as a privacy expert at a think tank. When Madsen was in the Navy, the FBI named him to be a temporary special FBI agent to help follow up his tip that a fellow officer, later imprisoned, was sexually assaulting underage victims.

In 2006, he published a three-part series on the WMR website revealing for the first time that then-U.S. House Speaker Dennis Hastert, shown at right, was a gay pedophile who had assaulted students as a high school wrestling coach before being forced out and campaigning in Illinois as a Republican advocate of family values. A decade later, Hastert, the longest-serving GOP speaker in U.S. history, was federally indicted and then imprisoned on federal charges arising from cover-up money that he was paying to hide those assaults.

Madsen has written many such reports on the WMR site naming names to document how powerful entities use pedophilia and other hidden sex scandals to install, blackmail or otherwise influence high-ranking government officials.

Wayne Madsen Report (WMR), Welcome to Waterbury: The city that holds secrets that could bring down Trump, Wayne Madsen and Andrew Kreig, Jan. 9, 2018 (Subscription required; reprinted above with permission). A woman who was allegedly sodomized and raped at the age of 12 along with at least one other underage girl by Donald Trump and Jeffrey Epstein at Epstein’s midtown Manhattan townhouse in 1993 is alive and trying to maintain obscurity from alt-right operatives who have identified her and her current residence.

Kaplan argued in her op-ed that "about half of all child molesters are not sexually attracted to their victims." That argument might have some merit if half of the children assaulted by pedophiles did not experience some form of sexual abuse. However, that is far from the case. Pedophiles attracted to children are not merely taking them to baseball games, county fairs, or the movies.

Cernovich's and Trump Jr.'s endorsement of pedophilia as a mental disorder rather than criminal predation by adults on children came after the revelations that Alabama GOP failed Senate candidate Roy Moore had been charged by several women claiming the disgraced former Alabama Supreme Court chief justice had sexually harassed them when they were in their teens.

Cernovich's defense of pedophilia is all the more ironic since it was Cernovich who helped concoct and disseminate a libelous false story about Hillary Clinton, two pizza restaurants in Washington, DC, and former White House chief of staff John Podesta being involved in a child trafficking ring involving pizzerias, pizza-oriented code words, and child torture chambers. After the fake story was amplified by the lunatic rantings of nutrition supplement salesman Alex Jones, Edgar Welch, a 28-year old man from North Carolina, shot up Comet Ping Pong in northwest Washington with an AR-15 semi-automatic rifle. Welch believed that children were being held and tortured in the basement of the pizza restaurant, even though there is no basement. The accusations against Comet Pizza and another nearby pizzeria were groundless and they resulted in an on-air and written retraction by Jones.

It appears that Cernovich's idea for the pizza story was derived, in part, from his cousin's Cerno's 1898 pizza restaurant in Kewanee, Illinois. However, the phony story about pizzerias and pedophilia has another, much more sinister, beginning....

Wayne Madsen Report (WMR), It's Trump that has the real "Pizzagate" problem, Wayne Madsen, April 24, 2017. During the 2016 presidential campaign, disreputable websites attempted to tie Hillary Clinton and her campaign staff to a fantasy tale about a network of pedophiles who trafficked in child sex slaves using, of all things, pizzerias. Members of Donald Trump's inner circle trafficked in the "Pizzagate" myth using such social media networks as Twitter.

Although there was absolutely nothing to the tale of pizzerias and pedophiles, an actual network of pedophiles in the Trump campaign has emerged.

Shortey, a six-year veteran of the state senate, resigned after his arrest. Shortey was the chairman of the Trump campaign in Oklahoma and was chief among Trump's campaign officials in the state to organize Trump's appearance at the Oklahoma State Fair. Police were tipped off about Shortey and the boy by a relative requesting a "welfare check" on the minor.

After the police "got Shortey," the Republican Party tried to remove the photographs and postings from Facebook and Twitter, but to no avail. The Internet never forgets.

Wayne Madsen Report (WMR), Trump's Jane, Tiffany, and Joan Doe problem, Wayne Madsen (shown in a screeshot from a TV appearance), Feb. 8, 2017. President Trump has a problem hanging over his head. During the presidential campaign, Trump and his phalanx of attorneys pressured a California woman to drop her lawsuit against Trump and convicted Palm Beach, Florida pederast Jeffrey Epstein for sexually assaulting her when she was 13 years old.