DR HELEN CALDICOTT speaks about her lifetime work as an environmentalist and perhaps the most articulate spokesperson for the environment today.  Topics covered will be nuclear weapons, energy, Fukushima among many others.

KEN O'KEEFE - Auto-Biography
I was born in July of 1969, I have worked as an entrepreneur, marine conservationist, and Human Rights Activist. Born in California, I renounced my American citizenship on March 1, 2001 in Vancouver Canada. I now proudly hold Irish, Hawaiian and Palestinian citizenship. although my ultimate allegiance is to all people and thus I am in truth a world citizen.

Before I was conscious however I served in the United States Marine Corps. During the 1991 Gulf War I was ordered, along with several hundred thousand other service members, to take experimental injections and pills that have since been identified as a factor in "Gulf War Syndrome", many have subsequently died from this condition. I also have reason to believe that I/we were exposed to Depleted Uranium while in Kuwait and on the border of Iraq.

As a Marine I spoke out openly about abuse of power by my "superiors" and as a consequence I paid a heavy price. I realised that honour and integrity were virtues which are often punished rather then rewarded and the Marines supplied me with my first serious taste of injustice. This experience taught me one central lesson, just how precious freedom is. Upon my discharge for the Marines I vowed to never relinquish my freedom again and to defend freedom without fear.

Upon my discharge from the Marines I commenced to an ongoing course of study in the areas of anthropology, history, politics, ecology, various forms of law with emphasis on human rights law. I have been profoundly impacted by authors such as Noam Chomsky and Howard Zinn along with many others. Books that forced me to confront my own indoctrination and ignorance about the hidden America; The Auto-Biography of Malcolm X, Bury My Heart at Wounded Knee, Black Like Me, Animal Liberation, The Universal Kinship, Diet for a New America, Necessary Illusions, A peoples History of the United States, and The End of Nature. There are so many more but I list these for the benefit they can offer to anyone seeking the truth.

My love of the sea moved me to found a scuba diving company that was more of a marine conservation organization that was self funded, the company is Deep Ecology in Hawaii. This company was responsible for the saving of dozens of endangered Green Sea Turtles and the formation of a legitimate Marine Sanctuary on the North Shore of Oahu where we were based.

In 2004 I was a guest of peace organizations in Japan who sponsored me for a speaking tour on human rights and peace. This invitation was timed to coincide with the Hiroshima and Nagasaki anniversaries. While in Japan I met with dozens of survivors and I was deeply moved by what they shared. To say nuclear war creates hell on Earth is no exaggeration whatsoever, I said then what I shall say as long as the point is necessary, Hiroshima and Nagasaki are the two greatest acts of terrorism this world has ever experienced.

In 2002 I founded the Truth Justice Peace Human Shield Action to Iraq and in 2004, P10K. Both of these direct actions acknowledge the huge disparity between the value of Western life vs. everybody else, the greatest example being the less then 3000 people who died on 9-11, vs. the well over one million Iraqis and Afghani's who have died (based on false premises no less) as retaliation. Disproportionate does not even begin to explain this horrid hypocrisy and injustice. But in this reality we as Westerners have tremendous power for good, should we ever truly decide to use it. I shall continue to work with those who see this reality and are ready to act on it it intelligently.

In the Fall of 2008 I served as a Captain and 1st Mate with the Free Gaza Movement, a direct action in which 46 people successfully challenged the Israeli siege of Gaza. We did so by sailing two boats into Gaza in defiance of the Israeli siege that collectively punishes the Palestinian people and blatantly denies the inherent human right to travel.  In 2008 I also acquired naturalised Palestinian citizenship.

In February 2009 I have founded Aloha Palestine, a non-profit social enterprise dedicated to establishing trade between the European Union and Gaza/Palestine. The reason is simple, so as to replace the bondage of charitable dependency with true self-determination and dignified self-sufficiency.

On May 31, 2001 I was onboard the humanitarian aid ship Mavi Marmara when it was attacked in international waters by Israeli pirates. These pirates murdered 9 activists in cold blood, some of them, as ballistics evidence proves, were executed after having already been shot and completely incapacitated. Like everyone else I was abused by the Israeli's and ultimately beaten at Ben Gurion Airport in Tel Aviv. After 5 days in Israeli custody I was deported to Turkey after the Israeli's stole my Palestinian Passport. Just two days after having been deported the Israeli Defence (Offence) Forces issued a press release naming me as a "terrorist operative of Hamas" and ridiculously claimed that I was going to Gaza to "train a commando unit for Hamas."

Later In 2010 i first joined and ultimately lead the 'Road to Hope' humanitarian aid convoy to Gaza. During this journey myself and several other convoy members were kidnapped from Libya to Greece by a crazed ship owner who had been paid over $50,000 to transport our convoy vehicles from Libya to Al Arish Port in Egypt (as required by then dictator Mubarak). Eventually the convoy delivered 30 vehicles and over $750,000 worth of aid to the besieged Gaza Strip. Upon arrival I was awarded the Key to the City of Gaza by the democratically elected Prime Minister of Palestine, Ismail Haniyah.

I lived in Gaza from November 2010 to May 2011 and in this time became close with the Samouni family and partnered with them in forming the Samouni Project, a non-profit social enterprise endeavoring to provide quality education for over 100 Samouni children, and to affect self-sufficiency for the family. A classroom and playground were built in 2011-2012.

In 2011 the Trade Not Aid Mission was formed as a partnership between Aloha Palestine CIC and Samouni Project. A full sized coach and 18-ton truck were bought and donations filled the truck to capacity twice over. Before the mission could set off for Gaza from London however infiltrators stole the vehicles, donated goods and money and hideously, these criminals received full protection from the UK Police, specifically Swansea Police Department, DC Paul Harry.

On November 2, 2011 I was unlawfully arrested (but never charged) by DC Paul Harry, the justification for my arrest was testimony by the main infiltrators of the Trade Not Aid Mission (Catherine Myles, Sammi Coulthard, Cath Jenkins, Jez (Jethro) Cuthbert). In their blatantly false testimony they claimed that I falsely represented myself as the "head of a charity". The police used this to confiscate (steal) all of my computers and hard drives for 5 months, as well as stealing my DNA, against my expressed will, while in custody.

From September to November 2011 I mostly lived at Dale Farm and came to know the Gypsy/Irish traveller community there as they faced a racist policy of ethnic cleansing. While there I witnessed and documented what must be considered a shameful example of how the Gypsy community remains openly targetted and violated by governments not just in the UK, but around the world.

In April 2012 the police notified me that there would be "no further action" against me, no charges were ever filed. In October 2012, with the help of a major London law firm that is representing me pro bono, I filed a complaint against the police for unlawful arrest, false imprisonment, assault and two violations of the European Convention on Human Rights. I also compiled a 200+ page chronological report that establishes beyond any doubt that the police and criminal infiltrators colluded with each other to halt the Trade Not Aid Mission. As of April 2013 the police have delayed their response to this complaint and clearly have a strategy of indefinite delay.

In October 2012 was the keynote speaker at the Palestinian Children's Relief Fund (PCRF) Annual Gala, the event raised over $125,000 for this charity. I also returned to Gaza that month with Max Igan, in order to complete the classroom for the Samouni Project and to file the full report of the fraud and theft of the Trade Not Aid Mission by infiltrators including Catherine Myles and shamefully, Palestinian Saeb Shaath. That report was handed directly to the Hamas Government along with my complaint against the police. At that time I publicly offered to pay for Catherine Myles to go to Gaza and hand over any evidence she had to support her actions, unsurprisingly she has ignored this offer.

In November 2012 Swansea County Court ordered Catherine Myles and Sammi Coulthard to return all stolen Trade Not Aid property (Optare Metrorider Minibus, Renault 18-ton truck & donated goods) to myself by December 4, 2012. Catherine Myles and Sammi Coulthard defied the court order and as of April 2013 they retains possession of this stolen property. Furthermore, UK law protects both of these criminals from criminal prosecution because the police refused to deal with this as a criminal matter in the first place.

In February 2013 I travelled to Tehran as a participant in the 3rd Annual Hollywoodism Conference. I spent a month in Iran overall and produced a video entitled 'Iran is not the threat, we are.' 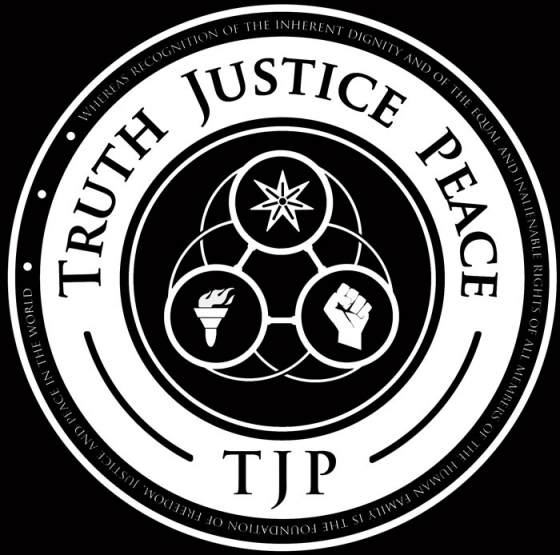