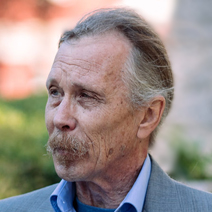 Kris Millegan is a publisher, writer and musician. After first working in 1999 with author/investigative reporter Daniel Hopsicker in producing, Barry and the 'boys': The CIA, the Mob and America's Secret History, Kris started TrineDay in 2000 as a vehicle to get suppressed books wider circulation. With no shortage of spiked materials, TrineDay has grown to over 40 volumes in print, and has succeeded in achieving a wider distribution for suppressed works. The current catalogue can be viewed at trineday.com. Kris edited and is an author of Fleshing Out Skull and Bones: Investigations into America's Most Powerful Secret Society. He is a prolific songwriter with two songs in National Lampoon's Last Resort, and plays ground harp with the Normal Bean Band. Kris lives in Oregon, USA.

Kris was born in Washington D.C. while his father, Lloyd S. Millegan, was working for the government. Lloyd became involved in intelligence in 1936 as an exchange student to the University of Shanghai. Lloyd left Shanghai a week before the Japanese bombed in 1937, went to Vladivostok and then on the Trans-Siberian via Moscow to Vienna. He then toured parts of Europe, ending up at the 1937 World Council of Churches Conference at Oxford meeting with Dulles.

After graduation in 1939, Lloyd went back to D.C., soon working for OSS in the basement of the Library of Congress under Archibald MaclIesh. He was assigned the Philippine desk, then in 1943 he was "sheepdipped" into the Army, given two weeks of medic training and put into G-2, and on MacArthur's staff. With orders to report back to Washington, and to collect multiple copies of all printed matter in the occupied Philippines. He was assigned as personal and private secretary to Dr. Joseph Hayden, who later died, with Millegan taking his place, and running guerillas in the Philippines. Lloyd became very close to the guerillas, went into Manilla before the Japanese left and "sequestered" puppet-government and Japanese documents before the troops arrived. He was sued later by the Japanese government for theft for these actions, it was dismissed. He received a Legion of Merit for those actions. He also worked with the guerillas in setting up diplomatic relations with Washington.

These activities were soon shut down by MacArthur and friends. The story is told best in, "Betrayal of the Philippines" by Hernado Abaya, which Millegan edited. Because of these activities, MacArthur and Willoughby moved to get Millegan out of there, bringing in Ed Lansdale. Millegan was moved to R&A for the invasion of Japan, then later between V-J and muster he was given a special assignment: write a report about the Japanese use of opium and heroin before and during the war. He met with the Soongs and others in China.

After the war, he went back to D.C. was involved in a couple of "alphas," and then was with the CIA at it's beginning. His last overt job in 1950, was as Branch Chief Head of East Asia Analysis Office. He then went covert, becoming a "businessman" in Indonesia for several years, before returning home. He then was "employed" in various jobs, then in 1956 he was an author writing a book that never was published. To do research on this book, he traveled extensively in East Asia, meeting with Lansdale in Vietnam. After his return, things changed, the family was moving, first to Rochester, NY, then Rochester MN, then didn't move, but the family farm in Fairfax had been sold, so they moved to another house in Fairfax.

Lloyd Millegan was working a newspaper ad salesmen, then all of sudden, he became the vice-president of a college in Nashville,TN. In about two years, 1959, something happened, the president of the college quit, Lloyd was offered the presidency, he resigned also. He moved the whole family across the country, and became a college student, and soon was teaching junior high school. Later in 1969 he told his son, Kris that he had quit the CIA in 1959, and spoke to Kris of some things that he didn't understand, but sparked an interest in the subject, CIA-Drugs.

TrineDay is a small publishing house that arose as a response to the consistent refusal of the corporate press to publish many interesting, well-researched and well-written books with but one key “defect”: a challenge to official history that would tend to rock the boat of America’s corporate “culture.” TrineDay believes in our Constitution and our common right of Free Speech. 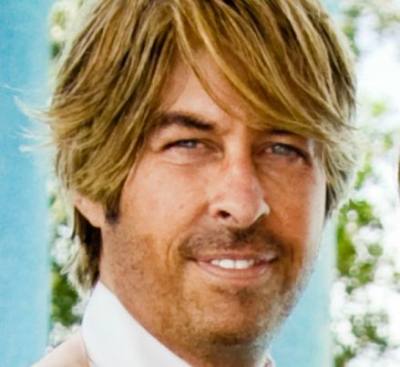 Christopher Fulton was born in 1965 in Northern Virginia, just outside Washington, D.C., into a family with  rich military history. His roots trace back to William Vaughn Jr. who fought with distinction in the Revolutionary War, and later, General John C. Vaughn who fought in the Civil War. Although Christopher was on his way to being accepted to the U.S. Naval Academy at Annapolis, he chose a different life path in commercial construction. Christopher's discipline and diligence took him to the top of the high-rise construction industry in Vancouver, British Columbia.  Many of that city’s finest skyscrapers are monuments to his work. At age 33, at the height of his success, he was arrested. He spent years in federal prison for his possession of material evidence in JFK’s assassination.  He currently resides in California and spends much of his time with rescue dogs. He and his wife, Michelle, have two children. 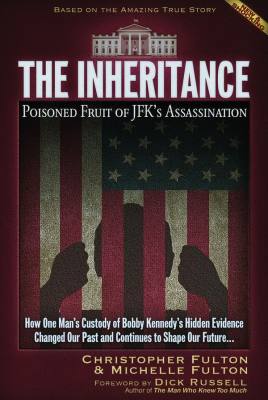