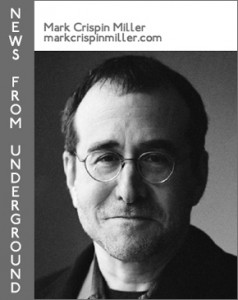 MARK CRISPIN MILLER is a Professor of Media, Culture and Communication at New York University. He is the author of several books, including Boxed In: The Culture of TV; The Bush Dyslexicon: Observations on a National Disorder; Cruel and Unusual: Bush/Cheney’s New World Order and Fooled Again: The Real Case for Electoral Reform. He is also the editor of Loser Take All: Election Fraud and the Subversion of Democracy, 2000-2008. His essays and articles have appeared in many journals, magazines and newspapers throughout the nation and the world, and he has given countless interviews worldwide.

In 2004, Miller wrote Patriot Act, a show that he performed for six weeks at the New York Theater Workshop, co-starring with Steve Cuiffo.

(New York, NY—June 9, 2014)—Open Road Media announced today Forbidden Bookshelf, a series of books curated by Professor Mark Crispin Miller of New York University. Forbidden Bookshelf titles fill in the blanks of America’s repressed history by resurrecting books that focused on issues and events that are too often left in the dark, including abortion, organized crime, the CIA, and financial inequality.

The series launches on June 10 with five books: Blowback: America’s Recruitment of Nazis and Its Destructive Impact on Our Domestic and Foreign Policy by Christopher Simpson, The Phoenix Program: America’s Use of Terror in Vietnam by Douglas Valentine, The Search for an Abortionist: The Classic Study of How American Women Coped with Unwanted Pregnancy Before Roe v. Wade by Nancy Howell Lee, Interference: How Organized Crime Influences Professional Football by Dan E. Moldea, and The Lords of Creation: The History of America’s 1 Percent by Frederick Lewis Allen. Each of the first four titles includes a new introduction.

Open Road Media CEO Jane Friedman said, “This list of books is much deserving of renewed attention. The issues they address are as significant today as they were when the books were first published. We believe that we will stimulate new conversation and debate through our intensive and extensive marketing platform.”

Mark Crispin Miller said, “Despite our First Amendment—or because of it—countless crucial books have been adroitly ‘disappeared’ through methods far less crude than outright censorship, from threats of litigation to press black-outs and/or charges of ‘conspiracy theory.’ Such tactics have repeatedly erased those books that we most need to read, because of their important truths about the powers that be; and so our purpose is to bring those books to life again.”

Miller is a professor of media studies at NYU and an accomplished author of several books, from Boxed In: The Culture of TV (1988) and Seeing Through Movies (1990) to his more recent works on politics, including The Bush Dyslexicon: Observations on a National Disorder and Fooled Again: The Real Case for Electoral Reform. He has also written many articles for newspapers and journals, including four op-eds in the New York Times, as well as many pieces in the Nation, the New Republic,and the New York Review of Books, and articles for Harper’s,the Atlantic, Mother Jones, Esquire, and the Wall Street Journal. Through his blog, News from Underground, he is also an influential presence on the web. 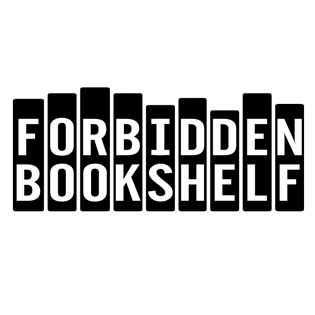