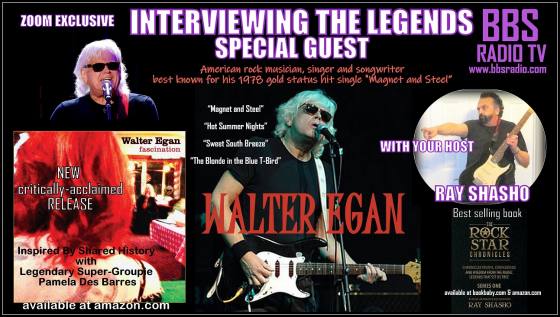 This Video section is restricted and required GOLD subscription for Talk Show Interviewing The Legends. Please subscribe to watch this section.

This Podcast section is restricted and required BASIC subscription for Talk Show Interviewing The Legends. Please subscribe to listen this section. 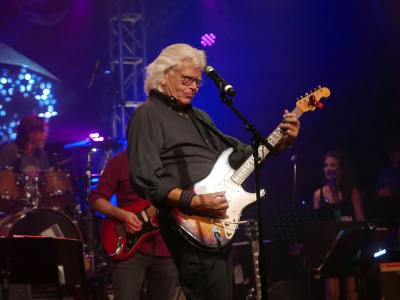 With a mostly undocumented illustrious back story in the music business, Walter Egan wrote “Hearts On Fire” for Gram Parsons and Emmylou Harris and achieved chart success with his solo albums “Fundamental Roll” and “Not Shy” which were both produced by his good friend Lindsay Buckingham and with Stevie Nicks singing, particularly on his hit single “Magnet And Steel”.

Walter had further hit singles with “Full Moon Fire”, “Only The Lucky” and “Hot Summer Nights” which Eminem sampled on his “We Made You” release.

Given his impeccable musical pedigree, Walter naturally fell in with the LA Country-Rock scene playing with Don Henley, Glen Frey, Linda Ronstadt, Chris Darrow, David Lindley, Jules Shear, and Jackson Browne and within two years, through a hot night at the Troubadour, he secured a record deal from United Artists records in England. This soon manifested into a six-album deal with Columbia Records US & Worldwide.

Egan and his band have toured extensively sharing the bill with many legendary bands including AC/DC, Fleetwood Mac, Procol Harum, The Beach Boys, Foreigner, Heart, Kansas, Dave Mason, and Tom Petty And The Heartbreakers.

Watch the video for “Miss Pamela”

Watch the video for “I’m With The Girl” 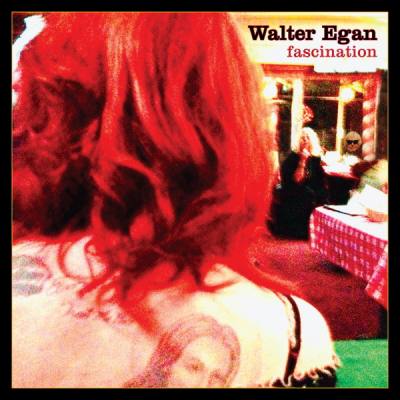 Very special thanks to Billy James of Glass Onyon PR for arranging this interview with Walter Egan and the dynamic duo of Doug & Don Newsom of BBS Radio for making the magic happen for each and every broadcast of Interviewing the Legends. If you have comments or suggestions for the show contact me at interviewingthelegends@gmail.com and please subscribe to my You Tube channel interviewing the legends with Ray Shasho for the very latest interviews … It’s REAL NEWS!