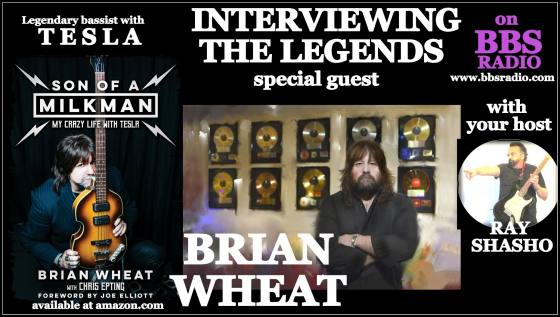 Tesla bassist Brian Wheat lifts the lid on living the rock ’n’ roll life while struggling with anxiety, depression, and other issues seldom discussed by musicians in his new book, ‘Son of a Milkman: My Crazy Life with Tesla,’ which was released on December 15, 2020 via Post Hill Press and co-penned by Chris Epting.

The book is currently available at amazon.com

Son of a Milkman: My Crazy Life with Tesla

and co-penned by Chris Epting

Tesla visited the iconic Abbey Road Studios for a one-night musical event, performing songs from their legendary arsenal including "Love Song" and "What You Give" along with their classic covers of "Signs" and "We Can Work It Out." Additionally, for the first time ever, the band performed the track "California Love Song," from their latest studio album, Shock. The performance was recorded and filmed in 4K HD, bringing forth Tesla's upcoming live album, Five Man London Jam. Available on CD. 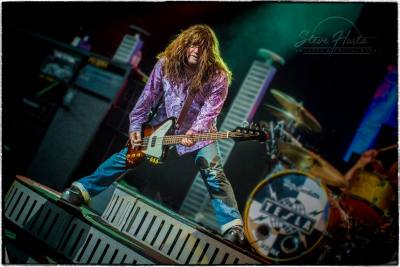 TELLS HIS SIDE OF THE STORY IN NEW BOOK,

‘SON OF A MILKMAN: MY CRAZY LIFE WITH TESLA’

Tesla bassist Brian Wheat lifts the lid on living the rock ’n’ roll life while struggling with anxiety, depression, and other issues seldom discussed by musicians in his new book, ‘Son of a Milkman: My Crazy Life with Tesla,’ which was released on December 15, 2020 via Post Hill Press and co-penned by Chris Epting).

The book is currently available at amazon.com

Far from your typical rock star, as bassist for the multi-platinum band, Tesla, Brian has enjoyed the spoils of success and lived the sex, drugs, and rock ’n’ roll lifestyle to the hilt. But it came at a cost, one that took years to repair.

In this deeply honest and utterly revealing memoir, Wheat sheds light on the many challenges he faces, including bulimia, weight issues, and the crippling anxiety and depression caused by his conditions. Just like the songs his legendary band made; this is no-nonsense, blue-collar storytelling at its best.

While revealing the vulnerable human behind the bass guitar, this autobiography also offers tremendous stories of life on the road, and collaborations and encounters with legendary figures like his pals in Def Leppard, David Lee Roth, Alice Cooper, and Paul McCartney.

Brian is best known as the bass guitarist of the platinum-selling band, Tesla, which he cofounded in 1982. Tesla became one of the biggest bands of the late 1980s–1990s. Brian owns a recording studio by the name of J Street Recorders in Sacramento, California. Papa Roach, Tesla, Pat Travers, Deftones, Kodiak Jack, Flashfires, and many others have recorded there.

Featuring a foreword by Def Leppard’s Joe Elliott and an afterword by renowned rock photographer Ross Halfin, ‘Son of a Milkman’ will entertain, surprise, and inspire longtime fans of this enduring band.

Son of a Milkman: My Crazy Life with Tesla

By Brian Wheat & and co-penned by Chris Epting 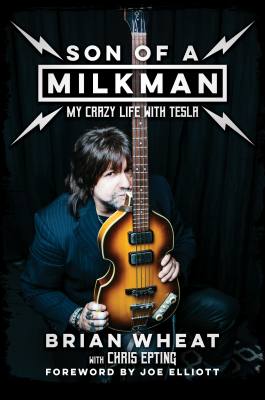 Very special thanks Hadlee Wolfram of Chipster PR arranging this interview with Brian Wheat and the dynamic duo of Doug & Don Newsom of BBS Radio for making the magic happen for each and every broadcast of Interviewing the Legends. If you have comments or suggestions for the show contact me at interviewingthelegends@gmail.com and please subscribe to my You Tube channel interviewing the legends with Ray Shasho for the very latest interviews

at bookbaby.com and amazon.com