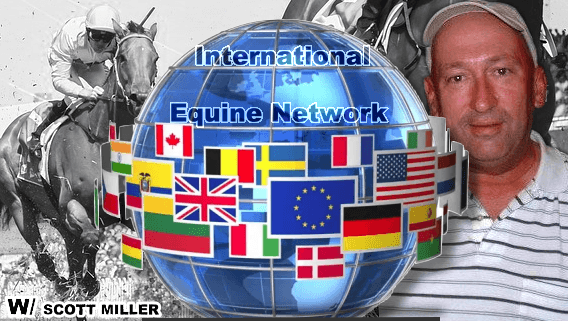 1:00 pm to 1:04 pm – Introduction of Steve and Scott, (Some tracks up north (Batavia, Pocono, Harrah’s (both), Scarborough Downs all shutting down for winter but other tracks, Meadowlands (3 nights), Yonkers, Freehold, Dover, Pompano Park, Cal Expo, Northfield, The Meadows, Miami Valley, are all going full schedules, etc.)

1:10 pm to 1:14 pm – The horse sales are mostly over (January Mixed Sale coming) and every sales company showed record price average increases on yearlings, etc. Now these yearlings are at the training centers and racetracks and most have been trained to harness and learning their lessons, and it’s quite a sight to see how many of them react to having a harness on for the first time. Tell us Scott about that one colt in Casie Coleman’s barn that was not happy.

1:14 pm to 1:18 pm – Movie of the Week on IEN…We have been averaging nearly 4,000 views per week on our movie selections. Seems like the older movies (Dan Patch and currently Green Grass of Wyoming) are really popular with our viewers. What other movies might we see on the website coming up Scott?  (you can talk about Secretariat, Seabiscuit and the original Black Beauty, etc.)

1:19 pm to 1:23 pm – Over in Europe, believe it or not, during their winter time they have some of the biggest harness races of the year during the winter. France is currently featuring their Grade II events called the B races, which the first three official finishers get invitations to the January 26 Prix d’Amerique. That is the richest harness race in the world with a purse of $1 million euros. Sorry to say that no horses from North America will be in that race. (Steve Wolf will be in France covering the week long festivities for the race).

1:24 pm to 1:28 pm – Steve and Scott to talk about those yearlings starting to jog and that soon enough THE DECK will be opening at Sunshine Meadows and that is the place to be and watch the yearlings, who will turn age 2 come Jan. 1, go through their training sessions. And soon enough IEN will be doing live broadcasts Saturday morning from THE DECK.

1:29 pm to 1:33 pm – Voting for the horses of the year in their respective divisions is taking place right now. The United States Harness Writers Association is in charge of the voting. It’s members, plus the race secretaries at the tracks, take part in the voting. By Christmas time the individual horses in their respective divisions will be announced. But the Pacer and Trotter of the Year and the Harness Horse of the Year winners will not be announced until the Dan Patch Awards dinner takes place on Feb. 23 in Orlando. The O’Brien Awards for Canadian horses takes place at the end of January. American horses are eligible provided they raced at least three times at Canadian tracks and all winners are not announced until the awards night, so they keep the suspension locked up until then.

1:34 pm to 1:38 pm – Breeding and racing. A large number of horses are going to become stallions this year. Greenshoe, Courtly Choice, McWicked, Lather Up, etc. are going to stud and are done racing. But Bettor’s Wish, who won $1.6 million, 13 wins, a record of 1:47.4 is going to stand stud, but trainer/co-owner Chris Ryder said his champion will return to race in 2020 after he breeds a limited number of mares. Is this a good thing Scott?  Stallions in France, world champions Ready Cash and his son, Bold Eagle, have done this for years and still raced as champions? Is this done in Thoroughbreds and Quarter Horses?

1:49 pm to 1:53 pm – During this holiday season it is also pointed out the great work being done by some of the harness racing charity that everyone should considering making a donation to. The Standardbred Retirement Foundation and New Vocations are the two biggest charities along with other smaller not for profit groups that help rescue Standardbred 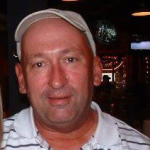 If you love horses, horse racing, equine sports in all its amazing glory, and you want to learn the very latest equestrian news, both domestic and international, then Scott Miller is your go to source.

This program will introduce you to some of the most exciting equestrian events in the world, the history of horse racing, what makes a horse great, all about standard and thoroughbred horse training, who are the best handlers and jockeys in the industry, what makes a champion horse, why breeding is so important, and all the ins and outs of betting like a pro at the race tracks, and so much more...

This show will bring you the inside scoop!