This Podcast section is restricted and required BASIC subscription for Talk Show Evident Footprints. Please subscribe to listen this section. 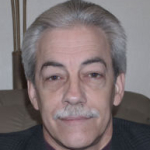