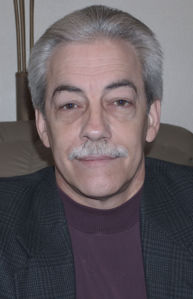 Don's professional music career spans more than four decades, having worked as a side man, musical director, arranger, orchestrator, composer, producer, and audio recording engineer on hundreds of projects, for major and independent recording labels alike. The roster of artists with which he has performed is a "Who's Who" of established performers and recording artists. Being a multi-instrumentalist, Don has actually produced complete musical scores in which he performed all of the instruments himself, a feat that few musicians or composers have achieved. He is proficient in brass, reeds, keyboard, and percussion instruments, and he is known for his original synthesizer "patches" which demonstrate an acute understanding of the science behind acoustic engineering.

Don is currently completing his third solo CD, "Spirals," and a library of original music recordings based upon the relationship between sound/light frequencies and their application in the area of metaphysical healing. He plans to release this library under agreement with Dr. Leonard G. Horowitz as part of his "Love The Real DaVinci Code" CD series.

As a certified member of Freedom Force International, Don was recently nominated to its "Hall of Honor," as FFI continues to acknowledge the efforts of many individuals and groups, throughout the world, who are mutually devoted to finding solutions and achieving world peace through research, knowledge, and cooperative action.

In addition to his ongoing research, journalistic efforts, and music projects, Don is writing a book and plans to lecture internationally about his most recent "historical" discoveries.