My guest is Eluv Zotos who will be sharing information on sound healing, meditation and music. She is a singer and producer of music meditation and guided visualization CDs. She has been a radio host in Tampa's Ultrasounds Radio Show.

Born and educated in Melbourne, Australia, Eluv's eclectic and diverse musical taste and style has been greatly influenced by her Egyptian, Greek, and French heritage. From an early age, music provided a deep sense of connection, inspiration and healing. She would spend hours listening to many different styles of music, playing records from her parent's collection, traveling on a virtual musical journey across the globe.

She intuitively practiced Yoga as a young child although didn't realize it was Yoga until she took her first Yoga class as a teenager. Her love of movement, along with a desire to challenge herself and become stronger, inspired her to become an athlete. While in Australia training for a National Power lifting Competition, she was discovered by American film producer George Butler, who was filming the sequel to his movie "Pumping Iron" with Arnold Schwarzenegger. George recruited Eluv for "Pumping Iron-The Women" and brought her to the United States to continue filming.

After completing the film, she decided to stay in New York City, and pursue her love of singing, songwriting and acting. In New York, Eluv performed as a cast member regularly on "Saturday Night Live", and worked as a personal fitness trainer and masseuse with clients such as Grace Jones, Herbie Hancock, and Dolph Lundgren.

Searching for Sunshine and nature, Eluv moved to Florida, where she began collaborating with other producers, landing a Billboard Radio hit with her song "Fever" produced by Platinum record producer, George Acosta. Eluv performs live shows with Grammy award winning Indian Santur maestro Nandkishor Muley, in his fusion ensemble Maitri. Blending the best of both worlds, the group presents a refreshing and powerfully dynamic fusion of East meets west.

As Eluv's music reaches new dimensions, so does her passion for the healing aspects of sound and musical vibrations. She records live sounds of nature from a selection of Florida's lush natural habitat, and dolphins in the Bahamas, composing music, adding her ethereal vocals to create her own signature "Radiant Sol" music series for Spa, Relaxation, Yoga, Qi Gong and other blissful practices. Her practices of Yoga and Qi Gong have greatly supported the growth of her musical healing journey. Eluv is a Level 3 Certified Healing Qi Gong Instructor.

"Sharing love and healing through music is my mission, no matter what style of music I am singing or composing, my intent is to emanate love, positivity and healing vibrations" With this intent infused into her whole being, Eluv's quest to spread love through her words and music continues to manifest in every way, every day. "Music is my vehicle for sharing universal love and light, with others." "Music is a universal language that transcends time and place." "It is the language of love, and love is our true essence." " It is a powerful vehicle able to bring people together as one, in joyful peace, unity, love and harmony." "To me, music is the most powerful medicine we have." "Music is able to dissolve illness into awareness and health, and quickly shift the mood of even the most unhappy person." 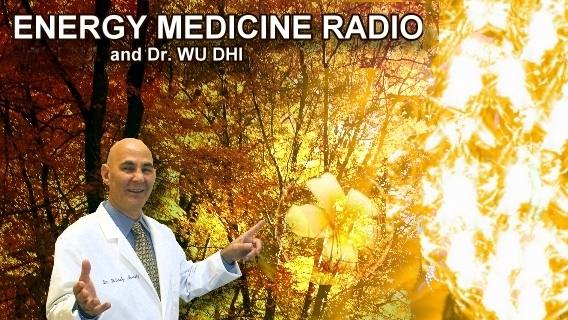 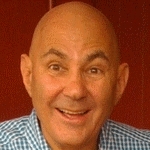 Immerse Yourself in the Positive Frequencies of Energy Medicine Radio

A celebration of unique healing modalities for your mind body and soul. Opening the pathway to wellness, enlightenment & creative living.

Join me as I support expansion into your full potential while paving the way to profound transformation and healing.

"My mission is to share consciousness shifting information with humanity and help people improve and transform their overall quality of health, wealth and happiness."

At Energy Medicine Radio, my unique view of health and wellness covers a broad spectrum of topics, appealing to a global community of listeners from all walks of life. My shows are informative, transformational, entertaining and fun. Featuring Special Live Interviews with healers, spiritual teachers, visionary artists, authors, musicians, and other inspirational individuals. Always positive and uplifting.

I feel blessed to share the insights, wisdom and teachings of my featured guests, along with the powerful systems of healing they share.

Tune in for exclusive special offers and gifts available only to Energy Medicine Radio listeners.

Wishing you the best in your Health, Wealth and Happiness!

Join Dr. Wu Dhi, a pioneer in Alternative Health Care for over 40 years and a Doctor of Medical Qi Gong. In China, he was afforded the privilege of studying under many of today’s living masters of Chinese Medicine. He has extensive experience working and training in the medical, spiritual and martial Qi Gong disciplines (Chinese Energetic Medicine). As part of his comprehensive training, he worked in the Immunology Department at South Shore Hospital in Miami Beach, Florida.  He has a degree in Oriental Medicine and is also state-licensed and nationally board-certified as an Acupuncture Physician. Dr. Wu is an author and staff writer for the American Association of Anti-Aging Medicine, has articles published in periodicals throughout the world and writes informative blog three days a week. Presently, Dr. Wu has a private practice in Aventura, Florida where he incorporates the best of Chinese medicine, Energy Medicine, Homeopathic Medicine, Neuro-Linguistic Programming (NLP) and Shamanistic healing modalities to bring about vibrant health, well-being and spiritual growth.