Debut of The Metaphysical Hour talk show with Dolores Cannon and Julia Cannon on BBS Radio!

Dolores Cannon is a past-life regressionist and hypnotherapist who specializes in the recovery and cataloging of "Lost Knowledge". Her roots in hypnosis go back to the 1960s. She has been specializing in past-life therapy since 1979.

Dolores has become, perhaps, the world's most unlikely expert on the prophecies of Nostradamus. A retired Navy wife from Huntsville, AR, USA, Dolores was nearly fifty years old when she began experimenting with hypnosis and past-life regression. The results were, to say the least, quite spectacular!

Working through several different subjects, Dolores was able to establish communication with the living Michel De Notredame, better known as the prophet, Nostradamus. His revelations and their impact on our own time are both fascinating and at times frightening.

Dolores has been a UFO investigator for twenty years, using her skills as a regressionist to help people that had been involved in abduction cases. She has written several books on the UFO information volunteers have revealed while under hypnosis.

Dolores is now teaching her unique technique of hypnosis all over the world.

In addition to the three volumes of "Converstations With Nostradamus", Dolores has completed:"The Legend of Starcrash", "Keepers of the Garden", "Legacy from the Stars", "A Soul Remembers Hiroshima", "They Walked With Jesus", "Jesus and the Essenes" and "Between Death and Life". "The Custodians", discusses in detail information regarding distorted time, screen memories, reasons for abductions, implants and much, much more....

Other books dealing with more of her most interesting hypnosis cases are forthcoming.

Dolores has been touring in the USA, England, Europe, the former Soviet countries, Australia, New Zealand, and parts of Asia to promote her works, and to discuss her particular brand of psychic research. She has spoken to radio and television audiences worldwide. She has given lectures at such locations as: Whole Life Expos in Los Angeles, New York and San Diego; Global Science Congress; various A.R.E. Edgar Cayce Foundations; Conscious Living Expo and MBS Expo in Australia; The College of Psychic Studies in London, England; The Theosophical Society in London, England; as well as many other organizations. Dolores was the first American and the first foreigner to receive the "Orpheus Award" in Bulgaria, for the highest advancement in the research of psychic phenomenom.

Dolores is contacted regularly to appear on various shows about Nostradamus because she is considered to be the world's foremost expert on the prophecies. 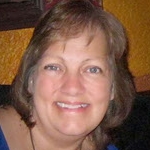 Julia Cannon carries on the work of her mother, Dolores Cannon, who authored 19 Books (so far) and was a Past-Life Regressionist and Hypnotherapist who specialized in the recovery and cataloging of Lost Knowledge. Dolores is widely acknowledged as a leading authority on Nostradamus and considered the World's Foremost Expert on his Prophecies. She passed to the next realm in Oct, 2014 and now continues to work and inspire from beyond the veil.

Dolores' powerful method, Quantum Healing Hypnosis Technique (QHHT), was developed over the last 50 years as her technique to not only unlock the Lost Knowledge captured in her books but also to provide amazing and life changing physical, spiritual and emotional healing to her personal clients. Her method is still being taught by Julia and through a series of online classes that Dolores developed before her passing and is in use by over 5,000 practitioners around the globe today..

Julia, a renowned author in her own right (Soul Speak) continues to run the company's publishing, academy and media businesses in addition to bringing Dolores' vision of the Cannon University of Metaphysical Studies into reality.