Will ringing in the New Year ring in changes in GOP leadership?  Colorado’s Republican National Committee person and talk show host Randy Corporon gives us his take.  Plus an arrest in the Idaho murder cases….law enforcement expert Mark Pfoff breaks it down.

Will ringing in the New Year ring in changes in GOP leadership? Colorado’s Republican National Committee person and talk show host Randy Corporon gives us his take. Plus an arrest in the Idaho murder cases…law enforcement expert Mark Pfoff breaks it down. 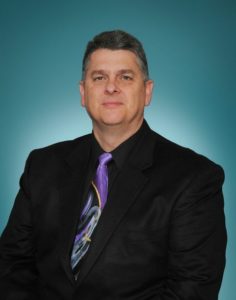 Mark Pfoff is owner of Rocky Mountain Computer Forensics which provides consulting for civil and criminal cases throughout the United States.  He has worked on projects from New York to Alaska. RMCF uses specialized software to examine computers, cell phones and cell phone records.

Mark has a herd of Black and Red Angus cattle in Eastern Colorado.  His cattle graze in open pastures during the summer and are fed a combination of hay and grain during the winter. His herd expands every spring with the addition of calves. Mark's herd has grown to over 50 with more calves on the way.

Mark was the longest serving school board member for Lewis-Palmer School District 38 since term limits were enacted.  He was elected three times serving 12 years. He served twice as President and held every position during his tenure.  Lewis-Palmer is a high-achieving school district with one of the highest on-time graduation rates in the state of Colorado.

During his tenure the school district maintained a balanced budget, increased reserves, and was ranked as one of the top ten school districts in Colorado.

He completed his fourth and final term in December of 2019. 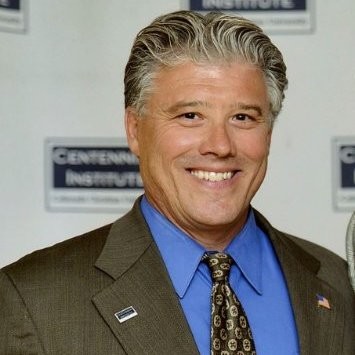 Randy Corporon was a district-level delegate to the 2016 Republican National Convention from Colorado.

Randy is the Republican National Committeeman for Colorado, one of 168 who will decide the next Chairman of the RNC

Randy B. Corporon has experience few other attorneys can offer: he spent many years working as an auto mechanic and broadcaster prior to receiving his law degree. He has a thorough understanding of the importance of customer service & hard knocks, and he incorporates this knowledge into his family law, criminal defense, & civil litigation cases. He has volunteered with the Gemini Shelter for runaway and troubled teens, Family Tree, CASA, and others, for many years.

Rand was born in Denver in 1959. At 15, Randy dropped out of high school & moved out from home at 17. In '77, he returned to Denver to attend Denver Automotive & Diesel College. He opened and ran high performance & classic car auto repair, body & paint shops in multiple locations employing as many as 10-15 people at a time.

Randy took his GED in order to apply for and obtain a real estate license in 79 or 80, just in time for the real estate crash. Following the death of his older brother in a car accident, Randy’s perspective on family strengthened; volunteering at the Gemini House and The Family Tree...a child abuse & domestic violence shelter and working with troubled teens, with every family case he takes on, Randy never forgets his own tragic loss and struggles.

In 1982, Randy graduated from the Ron Bailey School of Broadcasting and went to work part time at QUAD99-FM in Windsor, CO, a 100,000 watt adult-rock station. In '93 he was admitted to Colorado College, during which he recovered from his own near-fatal car accident—leaving additional scars that guide him in every traffic and injury cases he now handles.

Dedicated Community Servant, Expert, advocate and ActivistHe appeared regularly as a family law expert on Denver’s Tom Martino Radio Show & as a guest-host on Denver’s Grassroots Radio Colorado, & now a host of his own news & political radio talk show on Denver's KLZ AM 560, "Wake Up! with Randy Corporon."

Randy lives outside of Denver with his wife and two children of 17 yrs.