Biden’s Minister of Truth is a stark raving wacko and we show you the receipts!

Plus, Cheryl Chumley on her new book Lockdown- The Socialist Plan To Take Away Your Freedom

Biden’s Minister of Truth is a stark raving wacko and we show you the receipts! 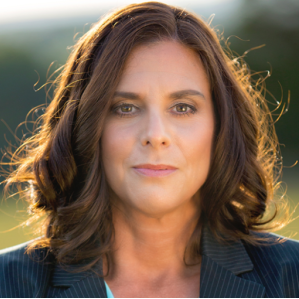 Cheryl is the online opinion editor and host of “Bold and Blunt” podcast for The Washington Times, a best-selling author and a frequent media guest for national television and radio. Subscribe to her newsletter at The Washington Times and get her daily commentaries, along with her weekly “Bold and Blunt” podcasts, delivered straight to your email box three times a week! The author of “The Devil in DC: Winning Back the Country From the Beast in Washington” and of "Police State USA: How Orwell’s Nightmare is Becoming Our Reality," and a 2008-2009 Robert Novak journalism fellow with The Fund for American Studies. She is also a licensed private investigator (VA DCJS 99-645573) and principal of Chumley Investigations, LLC, in Virginia. (VA DCJS 11-17920).

In addition to writing daily commentaries on politics, Cheryl hosts a twice-weekly podcast that looks at news, politics and culture from a Christian, conservative perspectve. It’s called “Bold and Blunt,” it’s available on Spotify, Apple, other podcast hosting sites — and at The Washington Times BY CLICKING HERE. Check out past shows and interviews with everyone from Texas Attorney General Ken Paxton on border issues to South Dakota Gov. Kristi Noem on unconstitutional coronavirus crackdowsn, to Fox Business star Charles Payne on racism in America, to Sen. Marsha Blackburn on the state of America, to pastor Paula White, on her spiritual advice to Donald Trump. And subscribe to Cheryl’s newsletter so you won’t miss any upcoming episodes of “Bold and Blunt!”

Cheryl’s an in-demand public speaker and media guest, passionate about topics related to Christianity and the country’s Judeo-Christian roots, the Constitution, politics and policy, United Nations and sovereignty issues, Congress and Capitol Hill – pretty much anything that lends itself to exposing those matters that run counter to freedom, biblical principles and the preservation of America as the greatest country the world’s ever seen.

Her publication credits include the Blaze, the Washington Times, the Washington Examiner, the Heritage Foundation, the Heartland Institute, Lifezette, PamelaGeller.com and more. She has made hundreds of appearances on national and local television and radio (including Fox News, C-SPAN, CBN, Michael Savage radio, Newsmax TV, Steve Bannon’s WarRoom), and in person at various forums and events, to discuss politics and culture, the role of Christianity in government, media bias and limited government principles.

Her second book,”The Devil in DC: Winning Back the Country From the Beast in Washington,” with a foreword by Mike Huckabee, former governor and White House hopeful, tells Christians and patriots how exactly to put the nation back under God’s control and wrench power from the atheists and progressives who have taken root. Check out what others, like radio giant Michael Savage, have said about it so far!

Her first book, “Police State USA: How Orwell’s Nightmare is Becoming Our Reality,” (foreword: Rep. Louie Gohmert), gives a snapshot look at how government is encroaching at all levels – federal, state and local – in order to better educate and equip patriots with the tools to reclaim our greatest Founding Father gift … the notion that our rights come from God, not government. It’s an eye-opening work that came out at the height of police-citizen tensions in Ferguson, Missouri, over the death of black 18-year-old Michael Brown by a white officer — and that’s still pertinent, during the 2020 protests and riots around the nation over the police killing of George Floyd.