John was diagnosed with Melanoma Cancer IV, had surgery to remove 10 metasticized tumors, but afterwards was informed by his Oncologist M.D. that there was little or no hope for recovery- since Chemo and Radiation Therapy do not work on Melanoma, John felt like he was facing immediate death in the next few months. However under the guidance of a Holistic Nutritionist he was able to rebuild his Immune System. As a result, 2 years later, has conquered his cancer.

Dr. Joiner’s personal life experiences and health challenges from a young age led him to pursue a lifelong quest to better understand his own health challenges and disabilities. Sharing his knowledge with his colleagues and patients, Dr. Joiner states "I bring proven methos to those in need of positive results, through a holistic, simple and affordable approach." 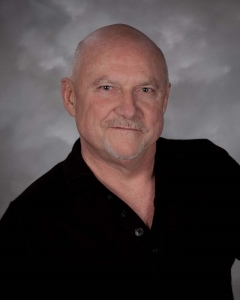 Talking with Dr. Joiner, in person or during a phone consultation, you quickly realize he is genuinely interested and listens intently. Through his charm, incredible knowledge base and his outgoing friendly personality, he has an inherent ability to connect with you at a deep level, intuitively, not only with your health concerns, and “how” you are feeling, but he also has the ability to understand “why” you have the discomforts you are experiencing. When questioned about his past, and what lead him to being a modern day holistic health practitioner, he humbly reveals a life-long battle with many illnesses and health challenges. He also reveals his internal struggle with how society perceives those who are “ill”, the medical community’s role in his life that essentially wrote him off for dead, and his own triumphant battle with his personal demons that plagued him during his childhood illnesses. He provides help to others in their quest for renewed and sustained health.

Dr. Joiner, or “Larry” in his childhood, vaguely recollects his early childhood days, as he was struck with a severe high-fevered illness around the age of 6, leaving him hospitalized with various forms of heart and brain damage. What he does remember vividly are the years of isolation that followed, as his body struggled with blood disorders, oxygen deprivation, ongoing fainting spells, physical limitations, relapses, and the traumas associated with the illnesses. Dr Joiner recounts, “the fun and the joy of playing with my friends and family were absent from my life, as I was often singled out because of my poor health.” He was sent to live with his grandparents for a period of time as the normal (and fun) childhood activities were considered a threat to his health. He suffered from speech impediments and learning disorders from his illnesses, which tended to make him shy and quiet. His illness kept him home, where he was ultimately home schooled. He recalls feeling like he was always trying to catch up with his peers in school. Reflection on these years shaped how he views “illness” now, as a medical practitioner.

He also identifies with how society perceived his illness. He noted many would patronize him as “the sick one”, and recalls how society tended to lower their expectation of what he could achieve and produce when ill. “Many would expect and accept below-average performance level results from me, in all aspects of life, just because I was ill, which is far from the truth,” says Joiner.

Individuals entered Larry’s life, who identified with young Larry’s physical, mental and spiritual torment. “They guided me through a maze of high-level self-realizations, and teachings setting the course for my true calling in life, helping others in their quest for renewed and sustained health,” said Joiner, “ironically, after I received my Doctor of Chiropractic, these individuals remained my patients for the remainder of their lives.” From then on, with his new focus in life, his body grew stronger. When those around him told him he couldn’t, his tendency was to overcome and perform at an above average level and pace. His new revived spirit lead him to be one of the more physically fit and outgoing individuals as he entered high school.

Despite Dr. Joiner’s life-long health challenges, he built a thriving Nutritional and Chiropractic practice between 1977 and 1993. His life-long health challenges, hard work ethic, stresses and an out-of-balanced life, resulted in his own health deterioration, with total disability resulting from Carpel Tunnel, COPD, Fibromyalgia/Chronic Fatigue, Muscle Disuse Atrophy (MS conditions), Multiple spinal disc injuries, and many other medical diagnosed disabilities. During this struggling health challenge, Dr. Joiner was prescribed an ensemble of mainstream pharmaceutical medications, which resulted in a multitude of negative side effects and no signs of renewed health for the next 10 years. By accident in 2003, Dr. Joiner was researching alternative products for his Muscular Disuse Atrophy Condition when he stumbled upon what would be the start of long-term journey developing and refining the Health Plans (Protocols) he uses today in his practice. His ongoing health is continually improving using his own Health Protocols.

Medical colleagues have stated his health protocols are proven clinically to “reverse the effects of aging”. His fascinating discoveries and results of “naturally” raising Low Testosterone (Low T) and IGF-1 levels, and balancing hormones (in men, women and children) is clinically proven through his patients, and provides the basis of his clinical work and lectures to a worldwide audience. The focus of his current lecture series includes educating his audience on the benefits of:

Dr. Joiner utilizes simple body pH testing, live cell blood analysis, and a variety of proven main stream blood and hormonal tests, overlooked by many in the medical community for decades, which provide a plethora of pertinent data to any practitioner. By utilizing these simple, and accepted comprehensive male and female blood and hormone tests, Dr. Joiner integrates his modern and alternative proprietary approach to analyze and correlate these results to identify potential hormonal imbalances and deficiencies in the body. He developed this unique and proven expertise to read and interpret blood and hormonal tests as a result of interpreting his own blood analysis for years. Dr. Joiner then customizes a unique and individual plan, using a combination of natural plant-based enzyme foods (precursors), to naturally optimize and balance the body’s own defense mechanism (auto-immune system), then re-evaluates and modifies the patient’s Health Plan (Protocol) when required.

Since Dr. Joiner’s focus is on strengthening his patients immune system and balancing hormones to allow the body to work at its optimal level and heal itself, many of his patients came to him with a variety of dis-eases. His all-natural holistic protocol shows positive results with current patients on Chemotherapy and/or recovering from life-threatening illnesses with chronically weakened immune systems. His patients symptoms include Chronic Fatigue, Fibromyalgia, Lymes disease, ADD/ADHD, Irritable Bowel/Digestive Syndrome and many patients ecstatic about reversing the symptoms of aging. Dr. Joiner’s patients also include amateur/professional athletes obtaining higher levels of peak performance and reduced recovery time.

Dr. Joiner currently consults with his patients located around the world (via telephone consultations) and at his Northern California Holistic Health Center, where he practices his All-Natural Cellular Nutritional Health Protocols, specializing in optimizing body pH levels, natural cellular, hormonal, lymphatic and glandular therapies, and advanced medical thermal imaging. He lectures on his proven methods and protocols for overcoming major health challenges, anti-aging, and immune science. Dr. Joiner draws on his experiences as former General Contractor and private airplane pilot, and is currently an avid outdoors-man, motorcyclist and enjoys sailing (when he has time).

John was diagnosed with Melanoma Cancer IV, had surgery to remove 10 metasticized tumors, but afterwards was informed by his Oncologist M.D. that there was little or no hope for recovery- since Chemo and Radiation Therapy do not work on Melanoma, John felt like he was facing immediate death in the next few months. However under the guidance of a Holistic Nutritionist he was able to rebuild his Immune System. As a result, 2 years later, has conquered his cancer.

As an ex Premedical student, John had studied Inorganic and Organic Chemistry so that he has been able to do research on the causes preventions, and possible cures for cancers.

John is currently a Family Therapist in Roseville, Ca, and for the past 30 years has counseled the emotional and psychological issues of his clients. He now also counsels cancer patients related to their emotional and relationship problems.

His major goal is to help others build up their Immune System. he believes, from experience, cancer can be cured with proper nutrion.

The material he presents is brief, in summary form, and is easy to read. He makes suggestions of the best foods to eat, supplements, and healthy waters to consider.

John learned doctors are not gods, don't have the answers to what cures cancers, and patients need to become aware that a healthy nutritional approach for their condition is a viable and doable program. He did it an won. He hopes you will too.