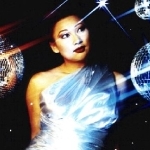 Otherware: /Oth"er*ware`/ (n.) that which sets into action, enhances or evolves the inner technologies of the multidimensional human.

Our planet and all its inhabitants are awakening in a profound way. It can be an exciting as well as a confusing time for many, and the need for the right tools and information to help one navigate a clear path through this transitional period it all is at an all-time high.

"Otherware" is Liz's way of describing the most important tools or "programs" we have to perceive things beyond our five sense reality, that are literally built into our bodies, lying dormant in our DNA. If you liken your DNA to a computer hard drive then these "technologies" are things such as telepathy, remote viewing and all other psychic or clairvoyant abilities, energetic healing and understanding how energy follows thought to "create your reality" programs are the "other"ware. 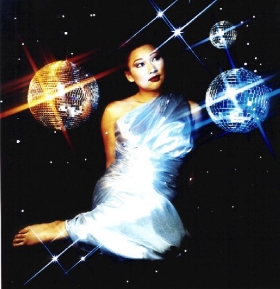 Liz Millar is a respected and well-known radio and nightclub DJ, Hatha Yoga teacher, Healing Codes practitioner, sound and crystal healer and esoteric counselor. Like most adult indigos, she has led an unconventional life, always a few years ahead of the mainstream and forever thinking outside the square. Perhaps it comes from her mixed Spanish/Filipino and Scottish/Irish ancestry but whatever has made her that way she is fiercely proud of it. She has consistently been a pioneering force on the Australian music and metaphysical scene since 1985, whether it be through showcasing the latest in underground electronic music which she has championed for the last two decades, to her groundbreaking work on the show "Spirit Level" (3RRR-Fm, 1991 - 1994), the first metaphysical talk show of its kind to hit the Australian airwaves, which produced a spin-off series of "Spirit Level" relaxation tapes guided by Liz.

Liz grew up in Melbourne, Australia and before finishing high school in 1985, had already begun a career as a DJ, first on the radio, then at warehouse parties and nightclubs during the earliest days of the now massive worldwide dance scene. In 1989, after spending her teenage years devouring anything about magic and the paranormal she could find, one of her on air co-hosts introduced her to Hatha Yoga. That began her formal training at 19, at Melbourne's oldest and finest Mystery School, Gita International Yoga. There she studied Yogic philosophy and the Ageless Wisdom traditions with legendary teachers Di Lucas and Lucille Wood for many years. In 1992 she graduated with a Gita Gold Diploma in Yoga Teacher Training and she has concurrently taught Hatha Yoga and enjoyed building a successful DJ-ing career ever since.

Since then she has also combined her passion for both underground knowledge and underground music in a very unique way. Her latest promotional mixed cd, a collection of continuous underground dance tracks is entitled, "Pleiadian Perspectives on House Music, Vol 1".

Combining two seemingly polar opposite passions makes perfect sense to Millar, and it seems that no matter what she turns her attention to she likes to go for the same result. "I like to think that whether I'm teaching a yoga class or spinning records at a party I'm essentially doing the same thing. In both instances I'm working with group energy through the use of light and sound frequencies, orchestrating them in a loving and well-thought out way, and (hopefully) facilitating positive change; creating a shift and an expansion in awareness away from the group's "everyday world". Both environments are all about literally "getting out of your head", and connecting at a deeper level with your higher consciousness, your heart and of course, your body. The two may seem completely un-related but if I do my job right I believe the end result is the same."

And that she says, is also the intent behind her new show "Otherware" which can be heard every Saturday night from 10 pm on BBS Radio.

Following in the tradition of many of the great modern exponents of "otherware" such as Gregg Braden, Dr Bruce Lipton, Dr William Tiller, Jonathan Goldman, Dr Deepak Chopra and many others, Liz will take listeners on a weekly voyage "out to the edge of the edge" in an attempt to discover how to get the most out of those extra-sensory abilities that together we can help to unlock.

She will be speaking with experts in a wide and eclectic range of fields, from consciousness studies to mystery schools; from alternative healing to edge science; from ancient mysteries to the unexplained and the just plain fascinating, with a special spotlight on people working in this field in Australia. The body of knowledge and wisdom these guests and Lightworkers represent can have a profound influence in facilitating personal growth and the consciousness-shifting on our planet. Every alternate Saturday, Liz will also guide listeners on a 30-minute relaxation session to help clear deep seated tensions and cellular memories that may be holding them back from living life joyfully and to its fullest potential. Much of the beautiful music for the show will be provided by fellow Australian and long-time friend, Pieter Bourke, nominated for two Golden Globes in 1999 and 2001 for his work on the soundtracks for "The Insider" and "Ali".

In March 2000, Millar was voted Top Australian Female DJ in Juice Magazine's 25 Greatest Dj’s Poll in March, and in May was chosen as the winner of the Barcode NYC Dj Competition; first prize was an all-expenses paid trip to New York, where she spun at the launch party for Barcode's opening in Times Square, to guests such as Britney Spears (back then she was hot - Liz).

Her interstate performances have taken her to every state in Australia. Internationally, she has played in London, Chicago, New York and Thailand. Millar has received extensive press coverage, was featured on national dance program Alchemy on SBS-TV, and has been interviewed previously for various dance culture documentaries for SBS and The ABC. She was most recently worked with the ABC Arts Show on a documentary on the Australian dance scene, entitled “God Is A Dj”, aired in 2002, and was a featured DJ on Triple J’s Mix-Up in 2003.

She has maintained longevity in the scene through her pioneering work on Melbourne radio, as a dj and as a promoter. In 1995, she inaugurated the cult house night “Egg” in a techno-dominated Melbourne, the first deep house night of its kind. Her last venture, WOW (Welcome To Our World), was a weekly event that ran for a year at The Kitchen, and helped propel the Sydney trio “Sneaky Sound System” into a wider audience and helped get them signed to a deal with Sony Music. San Franscisco Dj/Producer and label-boss J-Jay also played his debut Australian guest spot at WOW in 2001.

Remix Magazine featured Millar in their Aug/Sept issue of 2001, with a mixed cd and 2 page interview.

In March 2000, Liz was asked to join the roster of djs for Salt Nightclub’s Saturday night “Our House Is Your House”. She also mixed and recorded the Salt Mix Cd that launched the night. 5000 copies were released to the public as promo, and it promoted Millar around the world. Reports from that year’s Oscars include it being played on repeat at the after party for Ang Lee's cast of Crouching Tiger, Hidden Dragon.

Over the years Millar has held residencies at some of Melbourne's most coveted venues, and having up to five residencies a week has not been uncommon. Her current residencies are at Wonderland at Club Evolution and the bi-monthly Purr and Depth parties. Over the years she has played at venues such as Prince of Wales (One Love, Girl Bar, NYDay Rooftop and St Kilda Festival), Khokolat Bar, Home (Sydney), Q Bar (Melbourne & Adelaide), Stokehouse New Years Day, Alumbra, The Market, Dome, Freakazoid, Monkey, Revolver, Big Day Out, Chasers/Zos, Hellfire Club, The Kitchen and many others. Liz was also the resident DJ at the Car Park nightclub (1998-1999), Byron Bay, NSW.

In January 2001, she appeared live at the Sydney Opera House broadwalk during a week-long residency as part of the 25th Sydney Festival, making her one of a handful of djs to have ever performed there.

A versatile performer, Millar’s ability to read crowds has helped shape her career and win her fans. She specialises in deep, jazzy and funky house, classic disco, minimal techno, 80’s new-wave, with the occasional pinch of r’n’b and hip-hop for good measure.