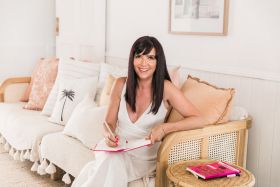 I started Ultimate 48 Hour Author after having written my very first book called The Seven Ultimate Secrets to Weight Loss. This book was written because I wanted to get a life coaching business off the ground, and I had no clients and no ability to generate leads or
prospects. So I thought my big marketing idea was to come out with a book which I did. I wrote the first book in a matter of 80 days and had it published within six months. So that was also a fast way of getting a book out. And ever since that book came out, I became a six figure business owner within the next 12 months. I got speaking opportunities, media coverage, and grew through the business to a sustainable level where I could quit my part time job.

After that I wrote two more books and one of the books that I co-authored, I suggested to my author to go away on a weekend and write this book, over that weekend. Um, Iworked out that if we were to speak out our chapters, that we would be able to get the content done really quickly. And we actually only took three hours each of speaking to speak out that particular book. And that book came out in less than 72 days after the whole publishing process. And then a few months later, the idea was born that if I could write half a book in just three hours, then others could do a whole book over a 48 hour retreat. And I announced that I would run the first retreat in October, 2013. And that's where it all began. I had the pilot group of people who already liked me, and trusted me. And my whole idea was to come up with something that was end to end and not just a book mentoring or coaching. I wanted to include absolutely everything which meant taking people away, feeding them and having the whole publishing and all the details sorted out from start to finish for them and that where it all came about. 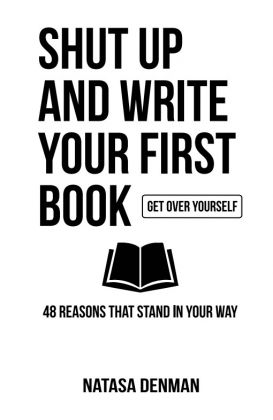