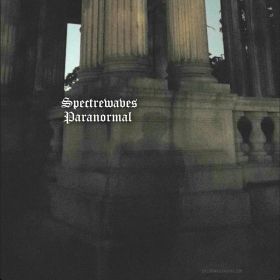 We have a story for your podcast recently captured a full length with face features, man ghost in a cemetery while conducting a paranormal investigation we wanted to reach out to you about some Extreme Paranormal Evidence we experienced in a Haunted Cemetery. Our names are Laynee and Don Archer we call ourselves Spectrewaves Paranormal, there are only two of us in our group, we have been investigating together since 2006, but both of us have always been very passionate about finding answers on where energy goes once we die. Laynee is a Sensitive, she can pick the spot out where they think they will capture the most Paranormal Evidence on their hunts. Don and Laynee have acquired the skills to use and interpret the scientific tools that they use at every Paranormal Investigation they conduct This story is just in time for Halloween for your listeners!!!! On September 18, 2021 Spectrewaves, Laynee and Don of Oak Forest, Illinois went to Forest Home Cemetery & German Waldheim Cemetery in Forest Park, Illinois USA. The Moon was full, Spectrewaves conducted a Paranormal Investigation. First, before jumping to the paranormal evidence here’s a little history on Forest Home Cemetery & German Waldheim Cemetery. The land before it was a cemetery was burial grounds of the Native American of the Potawatomi Tribe. The German Waldheim was incorporated in 1873, & Forest Home Cemetery was incorporated in 1876, in 1969 the two cemeteries officially merged, and it was named Forest Home, which is the English translation of the German word Waldheim. Thousands of immigrants living in Chicago whose deceased were not welcome in Chicago cemeteries were buried here. The non-sectarian policies of the cemeteries, their location, their non-denominational nature, and the significant number of fraternal and union plots made these cemeteries the burial place of choice for a wide range of individuals. After Laynee & Don from Spectrewaves reviewed the Paranormal Evidence Captured on September 18, 2021. They captured a man in a photo, but no man was present, this photo was taken by the 1.5-million-dollar Mausoleum surrounded by huge columns. Laynee and Don of Spectrewaves Paranormal always take at least three or more pictures in one setting, that way you can compare the photos, to make sure what you think is paranormal is really paranormal, and most importantly debunk if it appears in every photo!!! After reviewing the other photos in the same session, no other picture has what we think is a man present. It seems he has a paperboy hat on, with suspenders along with a bag, looking as if it’s his work tools. The Man seems to be in his mid-40's. His features are very defined and there’s no mistaking there is someone in the photo, His body is somewhat transparent. Laynee and Don of Spectrewaves Paranormal have tried to debunk this photo but we can’t. The features of the man are very defined, and we believe this image to be a paranormal capture. Below is some of the Evidence on video we captured at Oak Home Cemetery that I wrote a little about for your consideration. Spectrewaves Laynee and Don Paranormal Investigation that night at Forest Home Cemetery in Forest Park was very active!!! The Paranormal interactions, while conducting a Paranormal Investigation our Spirit box which fast sweeps AM/ FM Radio frequencies to allow Spirits to communication with us, a name was spoken in the Chapel "Rich Malloff" along with a Spirit telling us to take picture we will see him, and a boy saying Hi to his mom. Plus more: the video Link is below Another Paranormal strange encounter that night that Spectrewaves Laynee & Don received was they had a Paranormal Figure crawling and rolling on the ground, in between the gravestones. They captured this entity on their 3D Mapping Camera called a SLS Kinect. The video is below: De Angela was another name Spectrewaves received on the spirit box along with a spirit telling us "30 steps." Spectrewaves Laynee and Don's Mel Meter kept spiking with high readings, this device detects electrical energy, a spirit took credit for spiking their device telling us though the spirit box. Along with stating "yes" they will allow us to see a spirit on the 3D mapping camera which was in the last video. The video Below is where you can Hear De Angelas name. Whether you are a believer in the Paranormal or not, this evidence sure puts you in the mood for the Halloween Season!!! Along with giving you some thought on life. To view more on Laynee and Don from Spectrewaves Paranormal Investigations follow them on YouTube under Spectrewaves Spectrewaves. Happy Halloween!!! Please let us know if you need anything else for this story to be told Thanks!!! We look forward to hearing back from you! Thank you for your time, Laynee & Don Spectrewaves Paranormal Spectrewaves Paranormal LLP YouTube: https://www.youtube.com/channel/UCVOpVJVWo0A9IkLR9WPcFAQ Website: https://spectrewaves.weebly.com/ LinkedIn: https://www.linkedin.com/in/spectrewaves-spectrewaves-6a7903168/ Twitter: https://twitter.com/spectrewavesllp Facebook: https://www.facebook.com/Spectrewaves-LLP-159501931280217/ Instagram: www.instagram.spectrewavesllp/?hl=en