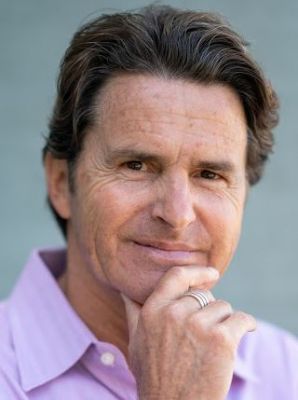 Adam C. Hall is committed to helping individuals unlearn the beliefs, behaviors, and habits that shield them from discovering their Divine Genius, the key to acknowledging and activating their true Divine selves. In his new book Divine Genius: The Unlearning Curve, Adam shares the 13 Universal Wisdom Teachings and the Genius Process that lead to his transformation, discovered on the extraordinary journey that took him from the shores of Santa Barbara, CA to the jungles of Brazil and Peru. He is passionate about sharing this information with the world.

An author, speaker, futurist, social architect, impact investor, advisor and conservationist—27 years as a CEO & serial entrepreneur-- Adam began his professional career as a self-described Earth Conqueror, ultimately turning to the role of EarthKeeper. He was the founder of three successful real estate development companies, before personal and professional devastation forced him to reevaluate everything in his life.

Ultimately, he began to integrate a deeply spiritual and more authentic and natural approach, becoming a trained shaman, and teacher of The Course of Miracles. It was then he chose to focus on creating a company that protected the planet, and particularly open space at risk of development. As the CEO of Renaissance Capital, Adam raised $1.5+ billion in capital investment to rescue and conserve premiere natural landscapes. He spent two decades as an impact investor dedicated to the quadruple bottom line: People, Planet, Profits with Purpose -- and founded of the EarthKeeper Alliance.

Adam has dedication himself to fostering Conscious Evolution, Business and Culture over the past two decades.

Though his books — Divine Genius: The Unlearning Curve and the first book in his autobiographical trilogy The EarthKeeper, Undeveloping the Future-- his 40 keynotes and the more than 60 radio and television show interviews he has done, Adam continues to seek ways to elevate consciousness.
Today he is the founder/CEO of the Genius Studio, creator of the Genius Process.