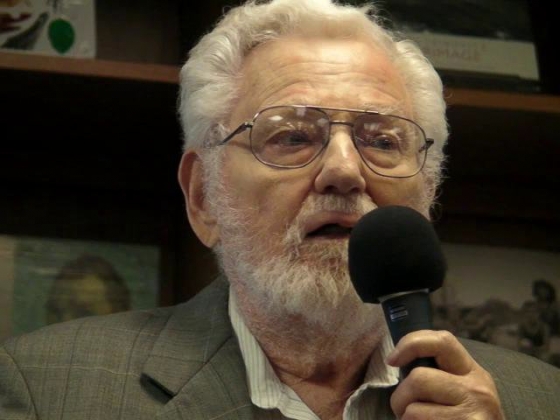 WILLIAM BLUM left the State Department in 1967, abandoning his aspiration of becoming a Foreign Service Officer, because of his opposition to what the United States was doing in Vietnam.  He then became one of the founders and editors of the Washington Free Press,  the first “alternative” newspaper in the capital.

Mr. Blum has been a freelance journalist in the United States, Europe and South America.  His stay in Chile in 1972-3, writing about the Allende government’s “socialist experiment” and its tragic overthrow in a CIA-designed coup, instilled in him a personal involvement and an even more heightened interest in what his government was doing in various parts of the world.  In the mid-1970’s, he worked in London with former CIA officer Philip Agee and his associates on their project of exposing CIA personnel and their misdeeds.

His book on U.S. foreign policy, Killing Hope: U.S. Military and CIA Interventions Since World War II, first published in 1995 and updated since, has received international acclaim.  Noam Chomsky called it “far and away the best book on the topic.”

In 1999, he was one of the recipients of Project Censored’s awards for “exemplary journalism” for writing one of the top ten censored stories of 1998, an article on how, in the 1980s, the United States gave Iraq the material to develop a chemical and biological warfare capability.

Blum is also the author of America’s Deadliest Export: Democracy – The Truth About U.S. Foreign Policy and Everything Else (2013), Rogue State: A Guide to the World’s Only superpower (updated edition 2005), West-Bloc Dissident: A Cold War Memoir (2002), and Freeing the World to Death: Essays on the American Empire (2004).  His books have been translated into more than 15 languages.

During 2002-2003, Blum was a regular columnist for the magazine The Ecologist, which is published in London and distributed globally.   In January 2006, a tape from Osama bin Laden stated that “it would be useful” for Americans to read Rogue State, apparently to gain a better
understanding of their enemy.

For over 65 years, the United States war machine has been on auto pilot. Since World War II, the world has believed that US foreign policy means well, and that America’s motives in spreading democracy are honorable, even noble. In this startling and provocative book from William Blum, one of the United States’ leading non-mainstream chroniclers of American foreign policy and author of the popular online newsletter, Anti-Empire Reports, demonstrates that nothing could be further from the truth.

Moreover, unless this fallacy is unlearned, and until people understand fully the worldwide suffering American policy has caused, we will never be able to stop the monster.

“A fireball of terse information—one of our best muckrakers.” – Oliver Stone

“America’s Deadliest Export is a brilliant expose of critically important information about the role of the U.S. in the world - yet that is arguably the least of its virtues. Blum’s book is also passionate when it ought to be passionate, and sober when it ought to be sober. It takes the raw data of international relations and presents it so movingly, so compellingly, and so insightfully, that when it reaches out for us to act - it has put us very much in the mood to do so. Succinct and comprehensive, reasoned and also impassioned, this is a book all should read.” – Michael Albert, co-founder of Znet

“As in the past, in this remarkable collection Bill Blum concentrates on matters of great current significance, and does not pull his punches. They land, backed with evidence and acute analysis. It is a perspective on the world that Westerners should ponder, and take as a guideline for action.” – Noam Chomsky

“Coruscating, eye-opening and essential. This is a must-read for anyone rightfully concerned at the destructive influence of the world’s only superpower.” – Cynthia McKinney, Presidential Candidate for the Green Party of the United States

“William Blum’s America’s Deadliest Export is another in his blockbuster series that has applied the reality and morality principles to work on U.S. foreign policy. This book has vignettes and longish essays on matters running from Conspiracies, Ideology and the Media to Cuba, Iran and Wikileaks. It is brimming with wit and with both laughable and frightening quotations. It is admittedly written for ‘the choir,’ but even the choir needs encouragement as well as facts and analyses that will keep its members from succumbing to a potent propaganda system. And we may hope that choir will grow with books like this that both amuse and enlighten.” – Edward S. Herman, co-author of The Politics of Genocide

“This book deals with unpleasant subjects yet it is a pleasure to read. Blum continues to provide us with convincing critiques of U.S. global policy in a freshly informed and engaging way.” – Michael Parenti, author of The Face of Imperialism

“With good cheer and humor Blum guides us toward understanding that our government does not mean well. Once we’ve grasped that, we’re far more capable of effectively doing good ourselves.” – David Swanson, author of  War is a Lie 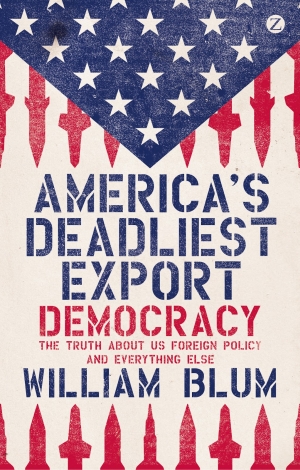