Fibular Hemimelia is a partial or total absence of the fibula and is the most common form of lower limb deficiency present at birth. There are two long bones in lower leg, the thicker one is called the tibia and the thinner one is the fibula. With Fibular Hemimelia the tibia is shorter than normal and the fibula is missing or underdeveloped. A leg affected by Fibular Hemimelia will look shorter than an unaffected leg. The tibia may be bent and the foot may also be smaller than normal, bent outwards at the ankle and may have fewer than five toes. The knee is often also misshapen and may move abnormally.

Usually only one leg is affected, with the right fibula affected more often than the left and males are 50% more likely to be affected than females.

PFFD explained- Proximal femoral focal deficiency, also known as Congenital Femoral Deficiency, is a rare, non-hereditary birth defect that affects the pelvis, particularly the hip bone, and the proximal femur. The disorder may affect one side or both, with the hip being deformed and the leg shortened. Wikipedia

How common is Fibular hemimelia Prevalence is estimated at 1 in 50,000.

How common is PFFD…

Proximal femoral focal deficiency (PFFD) is an uncommon condition that affects about 1 in every 200,000 children, and can vary in

I say I won the lottery when I learned about Matthew on 5/2/12 (during pregnancy)!

My life changed for the better! 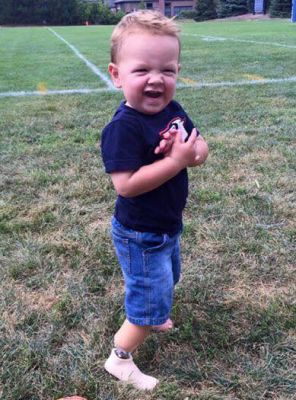