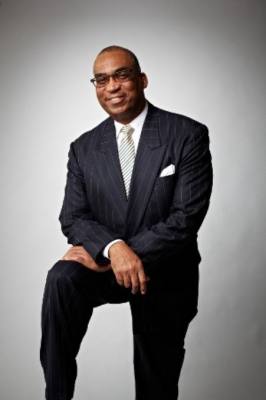 Steven Rogers retired from Harvard Business School (HBS) in 2019 where he was the “MBA Class of 1957 Senior Lecturer” in General Management.

He taught Entrepreneurial Finance and a new course that he created, titled “Black Business Leaders and Entrepreneurship.”

A 1985 graduate of the school, Professor Rogers holds a Bachelor of Arts degree from Williams College. Prior to HBS, Professor Rogers taught in the MBA and PhD programs at the Kellogg School of Management, Northwestern University. He received the Outstanding Professor Award for the Executive MBA Program 26 times and daytime program twice. Both are records.

In 2020, he published the 4th edition of his book Entrepreneurial Finance: Finance and Business Strategies for the Serious Entrepreneur. Professor Rogers originally published the book in 2002. He has also authored 30 HBS case studies, and recorded podcasts, many of which were uploaded to Black Enterprise Magazine.

In 2020 Steven became an Advisor to and part owner of AfricanAncestry.com.

He also joined the Steans Family Foundation as an advisor in 2020 to develop an economic plan for a poverty-stricken Black community in Chicago. The same year, he joined the University of Miami Business School as an Executive-in-Residence, where he teaches Entrepreneurial Finance in the Master of Science Finance Program.

In 2019, he toured 10 Historically Black Colleges and Universities (HBCUs) where he taught a workshop in Entrepreneurial Finance.

In 2017, he received the “Black Brilliance in Service” award from Harvard Law School’s Black Law Students Association, and in that same year, Poets & Quants Magazine selected him as one of “Our Favorite MBA Professors of 2017.”

In 2016, he was a volunteer professor at the United States Military Academy at West Point Army, where he received the West Point cadets’ sword for “Expert Teaching and Professionalism.”

Before becoming a professor, he owned and operated two manufacturing firms and one retail operation. Prior to becoming an entrepreneur, Professor Rogers worked at Bain + Company consulting firm, Cummins Engine Company and UNC Ventures, a venture capital firm.

He also owned a real estate investment company that invested in residential properties on the South Side of Chicago.

He received the “Bicentennial Medal for Distinguished Achievement” by an alum from Williams College, and the “Bert King Award for Service” from the African American Student Union at HBS. Ebony Magazine named him one of the top 150 influential people in America.

He has completed five Triathlons and is part owner of the Chicago Sky in the WNBA. 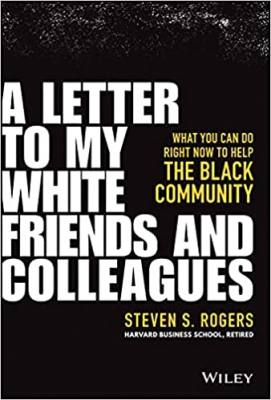