Stefan H. Verstappen (born 1957, Toronto, Canada) has lived and traveled throughout China and East Asia. While in Asia he studied oriental art, culture, and Kung Fu. Verstappen is a master of the Lohan School of martial arts and one of the few westerners to have lived and studied Kung Fu in China.

When Stefan was researching history for his first book, ‘The Thirty Six Strategies of Ancient China’, he began to see a similar pattern common to history’s leaders, a pattern of ruthless self-interest that resulted in the deaths of countless billions of people and the destruction of dozens of civilizations.

Stefan’s recent Global Research TV interview with James Corbett HERE (YouTube) is an excellent overview of this subject of power elite psychopaths who are ethical infants – no social conscience.

Is the reason that there is so much sorrow and suffering in the world due to natural causes, or is it because a small percentage of the population with a peculiar mental illness have taken control of society?

For a good understanding of this emotion-charged subject, view Stefan’s full documentary: ‘Defense Against the Psychopath'.   Based on the first chapter of Stefan’s book, ‘The Art of Urban Survival’, this instructional video has gone viral, explaining the types, characteristics, and modus operandi of the most ruthless predators on the planet.

A surge of social conscience in our new global social media has made this subject extremely timely – and urgent -- as is obvious in this new article: ‘Beyond the Insanity of MidEast War’.

Welcome Stefan Vestappen to Cosmic Love with Your Presence:) 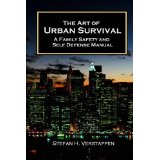