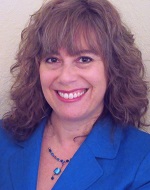 Roslyn Franken is a passionate inspirational speaker, author and proud cancer survivor who knows about the power of positivity and emotional resilience in the face of adversity. Her mother survived the concentration camps of Nazi Europe and her father survived the Nagasaki atomic bomb as a prisoner of war in Japan. At age 56, her mother was diagnosed with Stage IV cancer and with an amazing “Keep Going” attitude lived for 21 years when she was only given two years tops to live. Her father suffered a massive heart attack at age 67 and with his “Never give up” attitude lived till age 94 when he was told he would be lucky if he made it to 82. When diagnosed with cancer at only 29, Roslyn turned to her parents’ positive “Keep going” and  “Never Give Up” attitude as inspiration in her fight to beat cancer and become a long-time survivor.

At 39, ten years after surviving cancer, and at her heaviest weight, Roslyn had enough. She decided that as a cancer survivor she could not allow herself to continue gaining weight and potentially putting herself at risk of cancer and other often diet, lifestyle and weight-related diseases. How she lost the weight and changed her life is outlined in her easy-to-read and easy-to-follow self-help book, The A List: 9 Guiding Principles for Healthy Eating and Positive Living.
In giving presentations about THE A LIST  book, Roslyn mentioned her parents’ life as well as her cancer journey that both inspired her path to weight loss and improved self-care. People were so inspired by these brief mentions that they wanted to hear more.

And so, Roslyn set to task once again and wrote her second book entitled MEANT TO BE: A TRUE STORY OF MIGHT, MIRACLES AND TRIUMPH OF THE HUMAN SPIRIT.  In this book, Roslyn reveals the true story of her parents amazing survival, resilience and triumph as unlikely Holocaust and Atomic bomb survivors who find true love against all odds and overcome life-threatening health issues later in life. She also includes the profound lessons she learned from her parents about survival, resilience and positive mental attitude while fighting to survive cancer at the young age of 29.

A documentary was made about her parents’ story and Roslyn’s book, Meant to Be, is currently being adapted for production as a feature film.

Roslyn is also co-author of Death Can Wait: Stories from Cancer Survivors, a fundraising book for cancer research and cancer patient programs.

She has been a guest on numerous television and radio shows and featured in newspapers and magazines across North America and abroad.

She has a Masters degree in Human Systems Intervention (the study of how people self-learn and change as individuals and in groups) from Concordia University in Montreal, Certification in